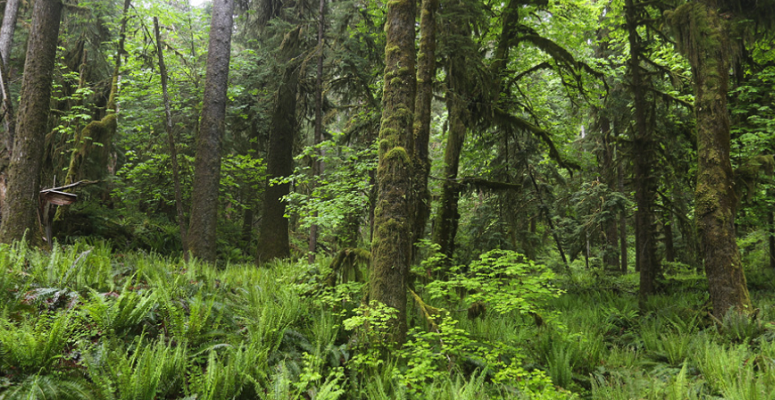 Under the forest floor lies a complex, hidden world of fungi. These tiny creatures form intimate connections with tree roots, sharing resources with each other and influencing the soil around them, but they are under attack from a surplus of nitrogen pollution. Some of these are arbuscular mycorrhizal fungi, which dig deep into the root tissues. The other kind are ectomycorrhizal fungi, which grow outside, around the root filaments, producing many of the mushrooms that we see on the forest floor.

Ectomycorrhizal fungi also act as carbon guardians: they help slow down decomposition, and increase the amount of carbon dioxide locked away in trees and soil, out of the atmosphere. But excess nitrogen, produced by the burning of fossil fuels and the use of nitrogen-based fertilizers on farms, in the environment could be making these carbon-protecting fungi less abundant in forests, according to a new study published in Global Change Biology.

“Plants support ectomycorrhizal fungi with photosynthetic sugars, and in return these fungi give plants access to lots of soil resources,” Colin Averill, the study’s lead author and a microbial ecologist at Boston University, U.S., told Mongabay. “When we fertilize with nitrogen, plants choose to invest less in these symbionts, and we believe that is a major reason why they become less abundant under nitrogen pollution.”

Previous research has found that the ectomycorrhizal fungi are associated with greater storage of carbon in soil. So losing these fungi could tip the balance towards forests that do not store as much carbon in the soil, and cause stored carbon dioxide to enter the atmosphere, accelerating climate change, the researchers say.

“People have long hypothesized that trees harboring ectomycorrhizal fungi should lose out as environmental nitrogen availability increases, but this is a super challenging hypothesis to test,” Averill said. “For instance, I could do an experiment where I go out and add nitrogen to forests, but it takes decades to observe changes in the composition of forests. Because directly manipulating forests is so challenging … we figured by layering maps of pollution over thousands of forest observations through time we would be able to answer a question that would be nearly impossible to do on the ground in any reasonable amount of time.”

The team also found that the loss of ectomycorrhizal fungi was associated with loss of carbon dioxide from the forest soil.

Overall, the researchers looked at nearly 3,000 plots with tens of thousands of trees, and expected to see subtle changes and lots of variance over this vast expanse of study area. But they saw that the effect of nitrogen pollution was bigger than they expected.

“The effect size was very large,” Averill said. “It’s alarming because it implies we’ve added a lot of soil carbon back to the atmosphere as CO2, and our current models of the climate system do not represent this CO2 emission pathway.”

Accelerating climate change aside, the loss of ectomycorrhizal fungi could also mean fewer mushrooms, and the loss of potential antibiotics and other biologically important compounds.

“Most mushrooms you see in temperate forests are ectomycorrhizal,” Averill said. “Second, soil fungi are the predominant source of antibiotic compounds that humans use because soil fungi spend their lives fighting with bacteria. We know nitrogen pollution affects the diversity of ectomycorrhizal fungi. As we lose fungal species we may be losing all sorts of biological compounds that could have huge industrial or medical applications.

“Very few people spend enough time in forests to notice changes that take decades, and you won’t find out you’re decimating underground fungal communities unless you are looking very hard,” he added. “A big impact on many small things can ripple through an ecosystem and fundamentally change how it works.”