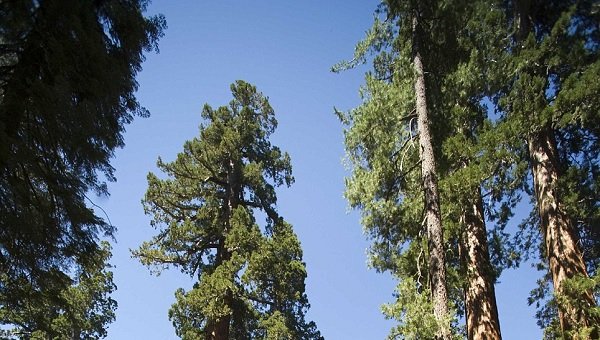 The celebration included a groundbreaking to launch a project restoring the Mariposa Grove, which consists of 500 mature giant sequoia trees that are among the oldest living organisms in the world.

National Park Service Director Jon Jarvis said the anniversary should be a reminder of the ancient treasures within the park.

‘We stand in awe among these giant trees that are thousands of years old and are reminded about the importance of protecting our natural resources so that future generations can experience what John Muir called ‘nature’s forest masterpiece,’ Jarvis said.

The trees that live in Yosemite are much older than 150.

Scientists believe the park’s most famous tree, the Grizzly Giant, is about 1,800 years old, give or take a few centuries, according to the National Park Service.

The grove restoration project was approved in December 2013.

The $36 million project is paid for through $20 million in private contributions raised by the Yosemite Conservancy and $16 million from the National Park Service.

A parking lot that threatens the trees’ roots will be moved to another area and replaced with footpaths, among other changes to the park.

The work will happen in phases over several years.

‘The project will restore much of the Mariposa Grove to its natural state, so that visitors will be able to experience one of the world’s most inspiring natural cathedrals in a more serene setting,’ said the conservancy’s president, Mike Tollefson.