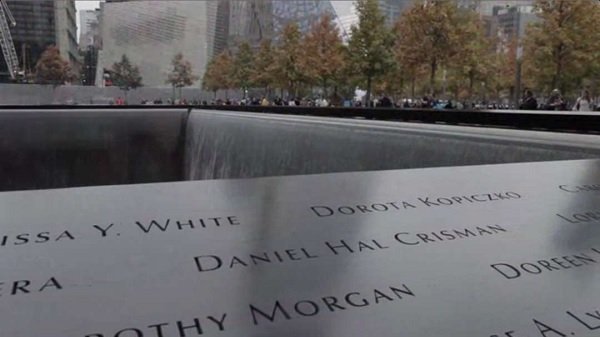 Before the dust could settle at the site of the 9/11 tragedy, people were already making plans for what should or shouldn’t happen there. In a space so heavy with devastation, terror, loss, and sadness, it’s difficult to move forward both in terms of the mental well-being of an entire country in mourning as well as the design of a new place of remembrance. But, somehow, we have. The 9/11 Memorial and Museum are now both officially functioning tribute zones — and, whether you like the design or not, they have physical and emotional staying power.

Still, a lot of visitors have voiced concerns about the fact that the site isn’t doing enough. It isn’t managing to fully capture the emotions of that fateful day. It isn’t successfully showing a city, a country in recovery. It isn’t doing enough to provide closure or hope for those who have lost their loved ones. But perhaps Scott Elliott’s attempt to show a positive side to a difficult subject, with his forthcoming documentary The Trees, will be able to ease some conflicting feelings about the situation.

The Trees is a film that documents the collection, growth, and vision of the 9/11 Memorial plaza’s future urban forest. More than 400 oak trees, including the Survivor Tree found in the rubble, are currently growing in boxes at a nursery in New Jersey, destined for the 9/11 Museum’s rooftop garden. Each and every tree was chosen from the nurseries, yards, fields, and roadsides in New York, Pennsylvania, Virginia, and Maryland — all places affected by the attacks — and will be transported to their new home in the next few years. Ultimately creating one of the world’s largest, most sustainable rooftop gardens, the Peter Walker–designed forest will hopefully enliven the space with a sense of rebirth and renewal by adding some gravity, making it a true living, ever-changing memorial. And rather than just existing as another monument with a few trees providing respite in a public space, it’s a forestof renewed energy with a story to tell.

Arguably the city’s most important public space, Ground Zero is set to exist in a more profound way, as captured by The Trees. The documentary is shot in an observational style, meaning a lot of work went into uniting archival images, formal interviews, and hand-drawn animation to tell the story of this green rooftop garden. And, because Scott Elliott worked on his film for five years, on his own time and dime, he’s currently got a Kickstarter campaign set up to raise the additional $50,000 needed to finish production by November 2014. With only 18 days left in the campaign, The Trees has almost met half of its goal.