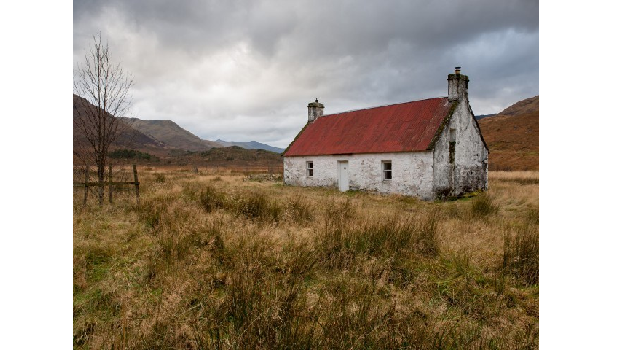 Plans to protect and restore one of Scotland’s most beautiful glens – which provides a home for golden eagles, Scottish wildcats and red squirrels – have attracted two major grants worth a total of almost £80,000.

A derelict mountain bothy that has featured in many photographs of picturesque Glen Affric will be restored to create an “eco-friendly wilderness base”.

And more than 20,000 trees will be planted in the glen, near Cannich in Inverness-shire.

Conservation charity Trees for Life has secured a 25-year lease on Athnamulloch Bothy and will work with Forestry Commission Scotland on the renovation project.

The building, which is far from normal services to the west of Loch Affric on the National Forest Estate, will be completely refurbished and equipped with ecologically-sound solutions for the onsite provision of a water supply, energy and sewerage.

The scheme has been awarded a grant of £60,000 from the Legacy 2014 Active Places Fund grant – part of the Scottish Government’s Commonwealth Games Legacy 2014 programme and administered by sportScotland.

This will cover almost half of the renovation costs.

Trees for Life plans to raise funds for the remaining costs through a public appeal and further grants.

The charity’s Glen Affric Landscape Project also secured almost £20,000 from the prestigious European Outdoor Conservation Association, following an online public vote in which more than 4,200 people voted for its project.

He said: “Securing two major funding awards within a week for our conservation initiatives is fantastic news for the ancient Caledonian Forest and its rare species, many of which are staring extinction in the face.

Anyone wishing to donate to the Athnamulloch Bothy Renovation Project can do so at www.treesforlife.org.uk