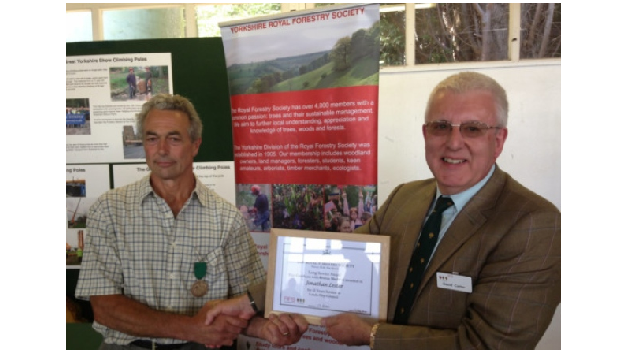 A forester has been rewarded for 42 years of keeping the Leeds’ greenery well pruned.

The Otley resident’s award for excellence from the Royal Forestry Society (RFS) comes following a period in which he has led Chevin Forest Park to be named a Centre of Excellence and a Green Flag Award winner three times.

David Carter (pictured right), of RFS’ Yorkshire Division, said: “The specialist knowledge of foresters like Jonathon is vital to ensure that woodlands are well managed and thrive now and for future generations.”