How much is a tree worth? 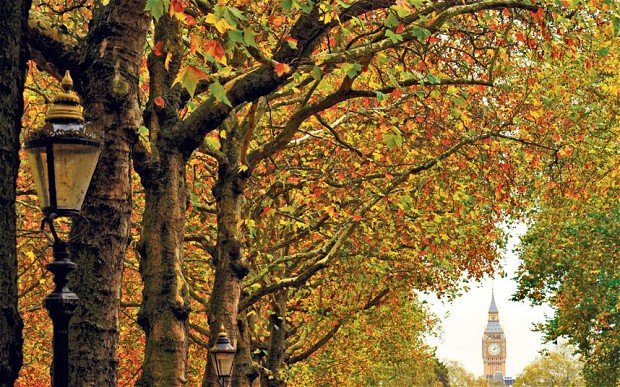 You may value a tree, in your garden or in the street, for any number of reasons: for the wildlife it supports, or for its shade on a hot day, or simply because it’s beautiful. But can we put a number on that value? In short, what is a tree worth?

Plenty of people have asked themselves the same question, especially in climates with hot summers, where people tend to spend a lot of money on air conditioning, and therefore shade is a valuable commodity. In California, Sacramento’s community-owned electricity utility – with the delightful acronym Smud – has an online tree benefit estimator that will estimate the number of kWh (and thus the amount of CO2) saved by any given tree. You could use this to put a value on an existing tree, or predict the value of a new tree you are thinking of planting. Smud will then give you a free tree, and its website has lots of good advice on looking after your new specimen.

Smud’s benefit estimator makes clear that tree location is crucial, in ways that aren’t always obvious. For example, you might think that south of the house would be the best place for a tree, but it’s not. Because shadows are short around midday, unless it’s very big, or very near the house, a south-facing tree doesn’t shade the house very much.

Are our urban trees in danger?

Trees on the west side of a house are by far the most valuable, because they provide long shadows in late afternoon when the air is hottest, which is also when people return home from work and switch on the air conditioning. From Smud’s perspective, meeting this peak demand is expensive.

But even trees in the “wrong” place may shade another property. Recent research in Toronto, another city with hot summers and lots of air conditioning, found that about half the shade benefit of urban trees was received by houses not on the plot where the tree was actually growing. What’s more, they found that worrying too much about the perfect strategic location of a tree was a mistake; urban trees typically have quite a high mortality rate, so in practice it’s best to focus on choosing the best spot from a purely “gardening” perspective, i.e. where the tree is most likely to thrive. As long as your neighbours are doing this, too, everyone benefits. Nor should you think you are doing this only for the benefit of someone who will own the house after you have moved on; even young trees provide significant shade, especially if you choose a fast-growing species such as birch.

Of course, shade may not seem a priority in a predominantly dull, cool country like Britain – although we may change our minds if climate change continues and we get more hot summers like 2003.

In any case, trees may provide many other benefits, such as improving air quality, reducing storm-water flooding, reducing noise and increasing privacy, among others. It’s not easy to include all these advantages in a single measurement, but one way is to look at the effect of trees on house prices. Many researchers have done this, across the world, and the consensus is clear: people are prepared to pay more for houses in neighbourhoods with more trees.

But much of this research raises more questions than it answers. For example, it often fails to distinguish between different sorts of trees (e.g. conifers vs broadleaves), or trees in different places (e.g. garden vs street trees). Some recent Australian research (in Perth) tried to look at these missing variables. This kind of survey is always complicated, for the simple reason that many things influence house prices, and you want to know the extra effect of trees, in addition to all these other things. For example, in Perth, all the usual things have big positive effects on house prices, such as more bedrooms or bathrooms, garage space and swimming pools (remember, this is Australia). Like nearly every other study, this one also found a big positive effect on house prices of the presence of trees, in fact AU$16,889 on average. But this effect was found only for street trees; trees actually on a property had no effect, positive or negative, on the price of the house on the same plot.

Given that people generally like trees, this must mean that people also see problems with trees on their own property, such as dropping leaves, damage to paving and drains, costs associated with pruning, thinning and ultimately removal, and possible damage to the house itself (fuelled by paranoid insurance companies). Big trees may also compete for space with other things, such as a veg plot or a patio. In contrast, public trees are seen as providing all the amenity with none of the costs.

There are two messages here for homeowners. First, street trees are valuable things, and you should make every effort to keep them, even if your cash-strapped local authority is reluctant to replace old trees or plant new ones. Losing your street trees could reduce the value of your house by up to five per cent. The second message is especially for gardeners: choose the right tree in the first place, plant and look after it properly, and do not be frightened by their (largely imaginary) problems. And don’t imagine that starting with a big tree rather than a small one will give you a head start; it won’t.

One final thing, which may disappoint those of you who hope that climate change will eventually enable your street to look like Hollywood Boulevard. In the Perth study, house prices were increased only by broadleaved street trees. Palm trees had no effect on house prices.