Youth players at rugby club plant 300 trees in one day 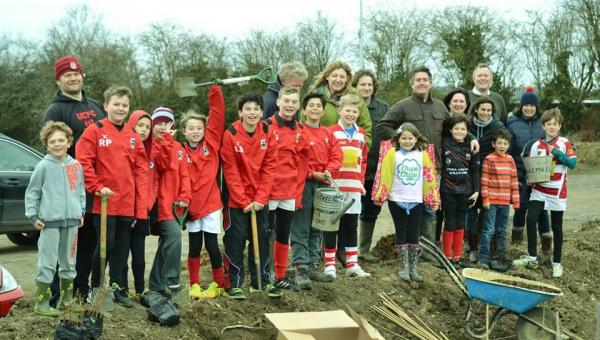 A group of young rugby players have planted more than 300 trees in one day.

The players, from under-10s and under-16s teams, visited the Epping Upper Clapton rugby club in Upland Road on Saturday (March 21) to plant the trees as part of an ongoing period of redevelopment at the club.

The players will plant another 100 trees this Saturday (March 28).

A new clubhouse has been built and will be open for the 2015 Rugby World Cup in August, and an all-weather pitch is already being used.

The planting of the sibling trees marks another positive aspect of a good season according to club vice president Danny Elmer, who said the first team is on the brink of promotion and youth squads are performing well.

He said: “Some kids get a lot of bad press but these are good children and they help out, which is good.

“It is looking rosy at the moment.”