WW1 memorial wood to be named after Wrose War hero 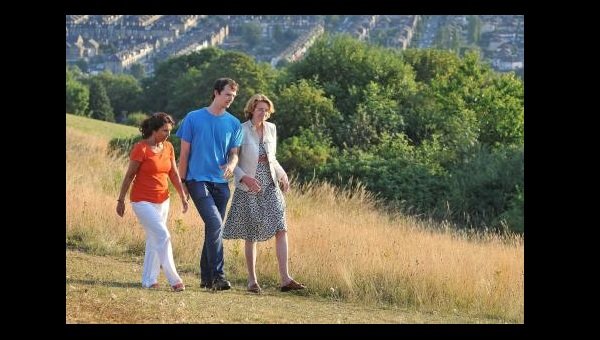 A remembrance wood is to be planted this autumn as part of the World War One centenary commemorations.

More than 4,000 native broadleaf trees will be planted along the chosen patch of land, which stretches along Carr Lane in Wrose.

This would join together two smaller wooded areas to create the new forest, which would be named Dennison Wood after Private Arthur Dennison – believed to be the first Wrose man killed in the Great War.

There would also be a further 6,000 trees planted above Wrose Brow Road.

Ward councillor Alex Ross-Shaw (Lab) had been looking to create a community woodland to make the land more attractive and deter anti-social behaviour.

He said the project would improve community access to the land and discourage people from tethering horses on it.

He said: “This is a huge project and we’re really keen to see what people think of it. Taken together, it could amount to 10,000 trees across the ward, creating a green corridor that stretches from West Royd to Gaisby Lane.

“Nothing is set in stone so we want people to provide us with feedback so we can get the best scheme possible.”

Bradford Council will be working with the tree-planting project Forest of Bradford to get funding for the wider scheme, called The Big Plant.

The plans also include planting willows along a stream, placing boulders and logs to deter quad bikers and possibly creating a wildflower meadow.

Local historian Richard Coomber, who has been researching the First World War, said a lot of men from Windhill and Idle were killed early in the war.

He said the plans for the woods were “terrific”.

Pte Dennison was a wool sorter who lived on Westfield Lane, Wrose, and was killed in the Battle of Hill 60, which took place in spring 1915 near Ypres.

He was 36 when he was killed in action. He left three children, the youngest only a few months old.

In a final letter home, Pte Dennison wrote: “God knows we have nobly done our duty, officers and men alike.

“I hope it will all soon be over then when the boys in khaki come marching home again what a happy time it will be.”

The plans for the memorial wood are currently out for public consultation and have been put on display at Wrose Library.