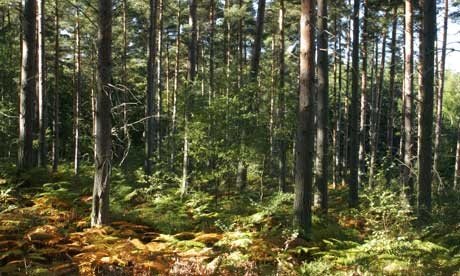 A National WW1 Memorial Forest is being supported by Community Boards throughout the Coromandel.

This week Mayor Glenn Leach has been at Community Board meetings to gauge support for the concept, which would be a series of forests, totalling approximately 18,500 trees to be a living, growing memorial for the sacrifice of the fallen soldiers in World War One.

It’s proposed that the first National WW1 Memorial Forest or Forests would consist of five individual plantings in each Community Board area of the Thames-Coromandel District – commemorating soldiers in each year of the war and/or in each of the battles and campaigns.

It is proposed each Community Board would lead and coordinate their part of the Forest – engaging with local groups, iwi, RSA’s and schools to plant and care for the plantings and the soldiers that each tree memorialises.

“It’s a fantastic idea,” says Mayor Glenn Leach. “Each Community Board needs to think about where there is at least 1.5 hectares of land on DOC, Council Reserve or QE2 land or land gifted to the public,” says Mayor Leach “The community boards are the glue that can link in with the schools, the local RSA’s, retirees who can actually help to make this happen.”

New Zealand is blessed with some of the largest, longest lived and most magnificent living things on earth – our iconic native trees. Totara, Rimu, Puriri and of course Kauri can grow not only to huge size – but all are capable of living for 2,000+ years,” says Mr Adams. “The oldest war memorial in the UK – All Souls College in Oxford built in 1438 – is barely one quarter of that age.”

“These iconic native trees are also in the Maori tradition ‘guardians’ of the forest, and in this case also of the memory of a specific fallen soldier,” says Mr Adams. “A living memorial forest would therefore be a “guard of guardians” to remembering these sacrifices, their stories – and to the restoration and protection of the natural environment,” he says.

“This resonates in The Coromandel – where many wonderful groups such as kauri 2000 have worked and toiled over many years to help restore our magnificent forests from the ravages of mining and forestry.”

“A National WW1 Forest is therefore a far more permanent, enduring and generous memorial than anything man can build. It is also as far as we have been able to determine – a world first. And The Coromandel is the perfect home for it,” says Mr Adams.

Last month a meeting was held with interested stakeholders including DOC, WRC, Forest and Bird, Kauri 2000 and Destination Coromandel to be involved as a District Working Group.

The first planting is looking to be launched on ANZAC day, 25 April 2015, with the “Gallipoli Grove,” to commemorate the 100th anniversary of the Gallipoli Landings.

The initial planting on ANZAC Day for 100 trees, which will grow to a memorial forest of 2779 native trees for each one of the fallen NZ soldiers of the Gallipoli campaign in 1915. There will be a three-year time period for different memorial forests to be established throughout the Coromandel to mark a different campaign or battle from WW1.

The objective would be to finish all the plantings – and complete the Memorial Forest at a ceremony on November 11 2018 – the 100th anniversary of the end of WW1.

To find out more about the Coromandel National WW1 Memorial Forest Project go to our webpage www.tcdc.govt.nz/ww1memorialforest