World first in getting rid of dieback disease 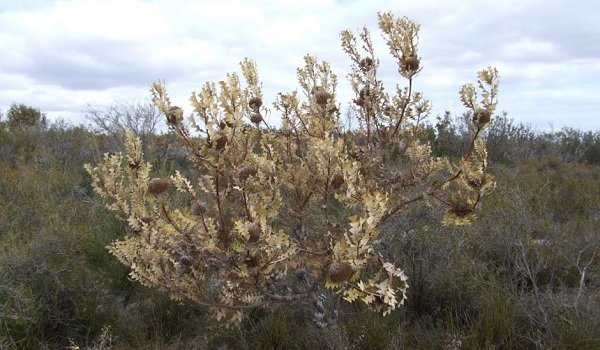 West Australian researchers have successfully carried out eradication trials on dieback, one of the country’s most destructive native plant diseases.

Phytophthora dieback, or Jarrah dieback, is a fungal pathogen that affects a significant proportion of Australian native plants and 40 per cent of native plants in Western Australia.

New research, led by the Centre of Phythophthora Science and Management at Murdoch University and Alcoa Australia, has found that clearing contaminated bushland of living hosts is the only way to eradicate the disease.

The eradication trials have been successfully carried out at Fitzgerald River National Park and Cape Riche in WA’s Great Southern Region.

“It’s a bit like the Louvre museum – imagine someone going in there with a flame thrower and taking every second painting out,” he said.

“Well, this is essentially what the pathogen is doing.”

The disease is an introduced pathogen that was first discovered in Australia in the 1970s.

Dieback is a soil-based fungus that travels through soil and groundwater.

The current method of management involves isolating an exclusion zone around contaminated areas in an attempt to contain the disease.

“The pathogen has to have living hosts. You remove any living host, whether it is a resistant host or a susceptible host, for a period of time, it will die,” he said.

“Once it has disappeared from that site, we can then restore, revegetate those sites.”

“But we don’t need to do that. We can actually get rid of it quite sensitively.”

The Western Australian Department of Parks and Wildlife works to identify and contain dieback around the most severely affected section of Australia, WA’s South West.

Department manager of ecosystem health, Bob Hagan, says the disease has the potential to destroy the biodiversity of affected native bushland and agricultural crops.

He says the most damaging thing about dieback is that it simplifies the diversity of bushland, which impacts both plants and animals.

“Many of [susceptible] species are a significant part of the understory,” he said.

“They are a significant food source for many animals.”

The 13th annual Dieback Information Group conference is being held on July 18.