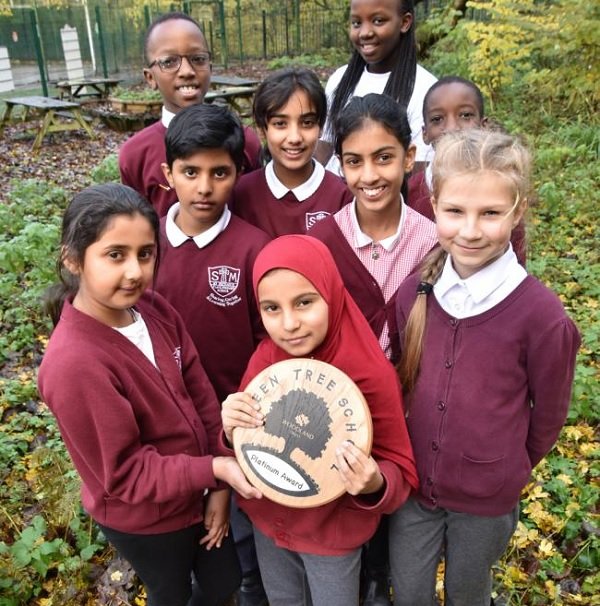 School children in Great Lever have grabbed a top award thanks to their green-fingered skills.

Pupils at St Michael’s CE have been branching out on a mission to achieve a platinum Woodland Trust Schools Award.

To earn the trophy, the nature-loving youngsters designed a trail through their school grounds to help their fellow students learn more about the trees which have grown up around them, with Year Six students planting out more trees.

Meanwhile some of the youngest pupils ventured out to Moses Gate Country Park to build dens and photograph the wildlife.

The art work was then shared with fellow students with a special in-school display, and online.

Key Stage Two teacher Janet Lowe has been guiding the youngsters on their woodland adventures.

She said: “Most of the children in school have been involved and have been very keen to get outdoors and know all the names of trees.

“It was an appropriate task as all our classes are named after British trees.

“We are also very lucky at St Michael’s, we have some beautiful school grounds. We even have an oak tree which is rare around here!

“They are really pleased to have gained their platinum award after putting in a lot of hard work.”

Previously the school has completed the trust’s bronze, silver and gold awards, and completed the additional challenges of the Platinum award over the last year — finally attaining it at the end of last term.

Pupils have now become woodland ambassadors along with celebrating their new award.