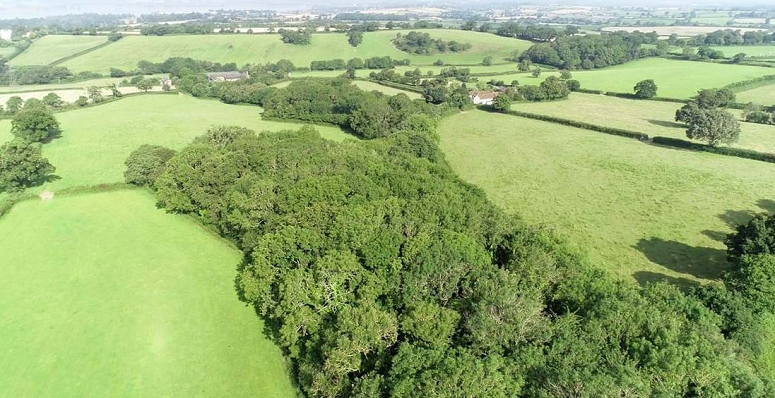 The charity – celebrating its 50th year – is looking to go back to its roots and is seeking the public’s help as it raises £2.5m to create a new woodland in the backyard of where it was formed.

The stunning 54ha site near Lympstone, Devon, is set in a wonderful location – a scenic rural valley close to the Exe Estuary, itself a Site of Special Scientific Interest.

The charity will look to plant trees and encourage natural regeneration (letting trees and shrubs regrow naturally), as well as leave areas open, to create the conditions for a rich array of species to one day colonise it. These include rare birds such as the nightjar, several threatened species of bat, the hazel dormouse, the dingy skipper butterfly, and a whole host of unusual invertebrates.

They are even hoping to attract beavers to the site from a nearby river once the streams and waterways have been restored and colonised with native trees such as alder and willow.

It would be a fitting purchase for the charity which was created in 1972 when a group of friends sat round a table in a Devon home to discuss saving a local wood.

It quickly led to its first woodland purchase, Avon Woods in the county, and from there the charity’s presence and influence has grown– it now cares for 1,000 woods across the UK and is the largest woodland conservation charity in the country.

Paul Allen, site manager in Devon for the Woodland Trust said this is a unique opportunity in a special year for the charity, but at a crucial time for nature.

He said: “Nestled in a hidden valley in East Devon, the site has areas of existing broadleaf woodland, several streams and a scattering of isolated veteran trees, which would once have been part of hedgerows, criss-crossing fields.

“What makes this land such a prize is the outstanding array of rare wildlife found nearby, and which we hope will move in, once a richer variety of habitats, from trees to open spaces, have been established.  In our 50th year, with the twin threats of climate change and nature loss looming ever larger, it’s a hugely important time to create this woodland and provide more spaces for nature to thrive and improve the connectivity of the wider landscape.”

Volunteers and local people will play a key part in creating the new wooded landscape, and the charity has pledged to plant the wood without using plastic tree shelters – heralding its new commitment to have a plastic-free estate.

Mr Allen added: “When the Woodland Trust was founded in Devon in 1972, the world was a very different place. But our vision of a world where woods and trees thrive for nature and people is as valid today as it would have been back then. Fifty years later, woods and trees are needed more than ever before, and our work protecting, creating and restoring woodland must escalate and intensify as we battle the climate change and nature loss.

“Unfortunately, with land prices at a premium, the timings are critical. We must be able to finalise the purchase by March this year. I’m delighted that we have already raised almost £1.5m towards the acquisition and management of the site, but time is running out and we still need another £1m to secure the future of our latest woodland haven.”

The Woodland Trust’s birth in 1972 was due to the inspiration and determination of Kenneth Watkins OBE – founder and first chairman, around whose Devon kitchen table those friends first gathered. He was so concerned about the loss of ancient woodland, he decided to do something about it.

The Trust’s first acquisition is now part of the Avon Valley Woods near Kingsbridge in Devon. By 1979 it had spread its branches further than Devon and a decade later Ken Watkins was awarded the OBE for his services to conservation.

The charity has now planted more than 50 million trees, protects and cares for more than 1,000 woodland havens for wildlife and people, and has saved 1,172 woods from the likes of development.