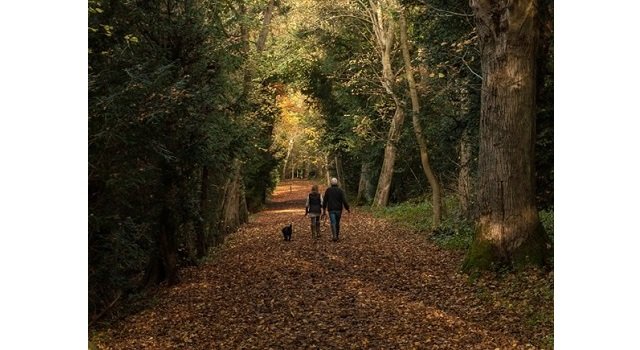 The Woodland Trust has purchased a 63 acre extension to Tring Park, thanks to the generosity of local people. It is now asking the public to help shape the site’s future.

Securing the neighbouring piece of land is a welcome relief to the conservation charity, which was concerned for the land’s future when it suddenly came onto the market in September 2016. After racing to raise funds, a local appeal has contributed £430,000 towards the acquisition. This gave the Trust the confidence to push forward with the purchase, though the search for the remaining £240,000 continues.

Plans for the new extension will focus on access to the site and buffering nearby ancient woodland, and will be shared with the public.  Everyone can now explore the extension via public paths, and offer their input to Karen Trickey, who can be contacted on: karentrickey@woodlandtrust.org.uk.

The Trust also wants to promote new routes around the existing site, such as ‘Walter’s Wander’ and also its leaflet filled with ideas for family adventures. It is hoped that more events will take place throughout 2017 as well – including the popular summer festival and light lantern events.

Karen Trickey, visitor experience officer for the Woodland Trust said: “It’s brilliant to think that although part of an historic estate, Tring Park will continue to be a vibrant and diverse environment for many years to come.

“We cannot thank everyone enough for their donations, which have given us the opportunity to make Tring Park bigger and better for both people and wildlife.”

Despite the creation of the A41, Tring Park remains as an oasis for wildlife and local flora, and the Trust has worked to restore pockets of its ancient woodland for over 22 years. The parkland also has a fascinating history – Sir Walter Rothschild collected exotic animals and allowed some of them to roam the grounds in the 1800s. Evidence of this era can still be found, and have been preserved by the Trust.

Previous restoration and improvements at Tring Park were supported by £329,400 from the Heritage Lottery Fund.