Woodland Trust looking to expand estate where they planted 238,000 trees 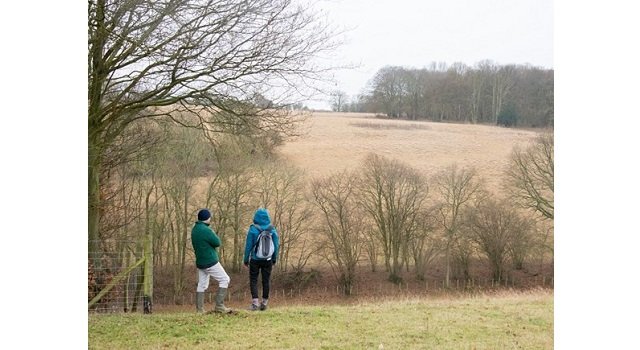 The Woodland Trust have been given the exclusive opportunity to extend the Hucking Estate and return 116 acres of farmland, to nature. But in order to secure the area, they must raise £750,000 before the end of May, or else the land will be put on the open market.

This new piece of land would extend the thriving habitats that have already been created on the existing Hucking Estate, where we have planted 238,000 trees to buffer ancient woodland. Ten threatened bird species (listed on the Biodiversity Action Plan) have been recorded here – including the lapwing and skylark. Other species spotted include 21 different butterflies, such as the silver-washed fritillary, and three species of bat.

The land sits right next door Hucking, and is currently used as farmland. If bought by the trust, some of it will be allowed to naturally regenerate- meaning that saplings will seed themselves and a young woodland will develop and thrive over time.  Other areas will be managed as chalk grassland, a priority habitat that has seen a loss of up to 85% in the Kent Downs.

However, if the land is not bought by the end of May 2017 it will be put back on the open market and could be bought by anyone, including developers. Should this happen, the chance to tear down a mile of barbed wire fencing and open the area up for local people to explore could be lost, potentially forever.

Site manager Clive Steward said: “We need to seize this unique opportunity, and make sure that this land becomes a rich and diverse habitat. By letting some of the area naturally regenerate, the landscape will be released from human influence.”

When the trust bought the Hucking Estate in 1997 it was the largest woodland in England. It was a site in desperate need of care and attention, after years of intensive farming, bulldozed hedgerows and ancient woodland that had been poorly managed.

People can help extend the Hucking Estate, and allow new woodland to develop, by donating to the Woodland Trust’s appeal.