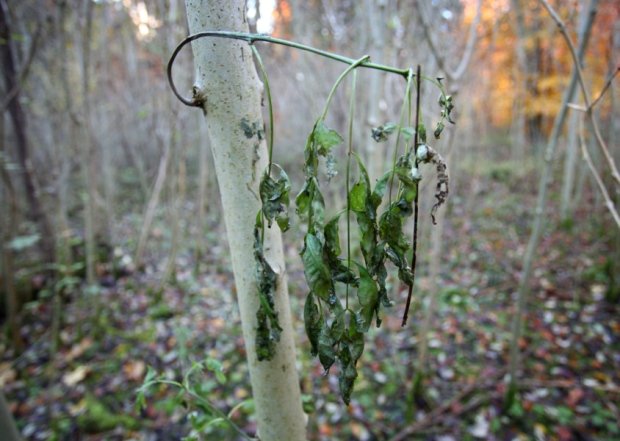 The Yorkshire Post has reported that the majority of ash trees in Yorkshire will be dying from a deadly fungal disease within a decade.

The manager of the Woodland Trust site in the north and east of the county, Mark Feather, has predicted this outcome after the latest sighting of ash dieback in young saplings in ancient woodland near Raywell, East Yorkshire, at the weekend.

Mr Feather was walking through Nut Wood when he noticed the discoloured stems. He said the disease, which was first detected in wild trees in Britain in 2012, was “widespread throughout the whole of Yorkshire” with just a few pockets where it hasn’t been spotted in the Dales and North York Moors.

He said the spread of the disease was “probably greater than people think” but had slipped from public consciousness because it took years to appear in the oldest trees, which are most resistant.

He added: “Within East Yorkshire there is hardly a square that hasn’t had an infected case and we are going to be hit even harder with ash because there’s even more ash than elm”

The majority of trees “would die or be severely affected” but a handful – experts suggest around two or three in every 100 – will survive.

In the meantime people should consider planting other native species like oak, field maple and birch.

Mr Feather continued: “There is a little glimmer of light because if we can plant a mix of trees, hopefully in the future disease resistant trees will be grown for us to plant and we will be gradually be able to get more into the landscape.”