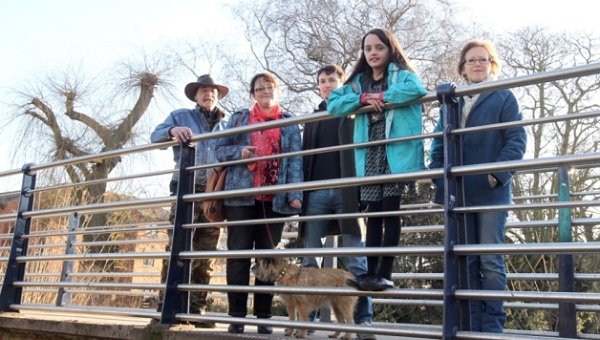 A group set up with ambitions to create a woodland for the community in Harborough has been forced to disband.

The Welland Woodlands group was launched about two years ago on a wave of enthusiasm with the aim of securing grants to buy a plot of suitable land in the Harborough area.

Its aims were to secure grants, buy land in Harborough or the Bowdens and plant trees to create a haven for wildlife and an environmental amenity for all.

The group eventually attracted the support of more than 40 people and a similar number agreed to help plant trees.

But it has been unable to persuade any district land owners to part with a plot of their land for the project to continue.

“As we seem unable to purchase land, our dreams of creating woodlands local to where we live is unfavourable and consequently there is no point in the group continuing.”

The small amount of money the group has in its bank account will now be donated to the Woodland Trust, in accordance with the committee’s constitution.

Mr Hitchcock said all land-owners contacted in the previous 12 months had said no to selling land to the group.

“Those that offered comment, stated that they anticipated future conversion of their agricultural land into building land, thus making their land-holding very valuable,” added Mr Hitchcock.

Permission to develop Airfield Farm into a housing estate further exacerbated this situation, as many land-owners believe it will open flood-gates to further housing developments, he said.

Mr Hitchcox added: “I would like to thank everyone involved in this venture.

“Let us hope that our environment can be improved by mass tree-planting in the future.”

The group says south Leicestershire is one of the least wooded areas in England, with only two per cent covered by trees.

The group launched an appeal through the Mail in April 2013 for landowners to come forward after it had approached a number of farmers and estate-owners in the previous sixth months but to no avail.

It had forged links with local councils, the Woodland Trust, environmental group Transition Town Harborough and the Welland Rivers Trust.