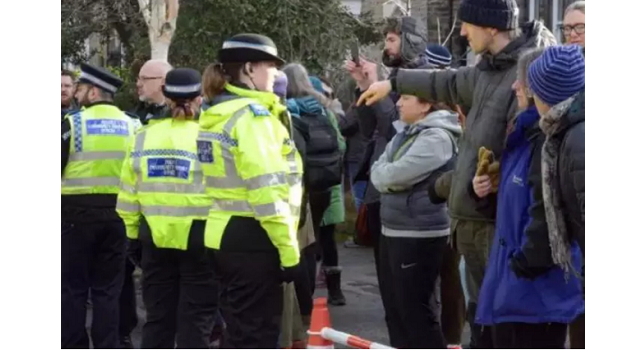 The wood collected from thousands of felled trees across Sheffield is being recycled in a number of different ways across the city.

Sheffield Council and private contractor Amey are leading a controversial £2 billion project to chop down around 10, 000 trees they deem to be “diseased, damaging or dangerous.”

It is part of the Streets Ahead programme to improve the city’s highways, but environmental campaigners claim they are felling perfectly healthy trees that pose no danger to the public.

While battle lines are still drawn between the two sides, we can today reveal that tonnes of wood reclaimed from the felled trees is being used for a wide range of community projects.

The timber is being used to make new benches in parks and on city streets and to create bollards to protect verges.

In addition, some of it is also being donated to schools for class projects, and to businesses and charities. Remaining woodchip goes to a biomass plant for energy production to help heat and power homes and businesses.

Bryan Lodge, councillor for environment at Sheffield Council, said: “Both woodchip and timber are produced as bi-products of the Streets Ahead tree replacement programme in Sheffield. Throughout the contract, both products have been donated to a number of Sheffield schools, community groups, allotments, charities and woodworking groups on request.

“Woodchip is also used as a weed suppressant around trees and shrubs to help establish new plantings. Some of the timber has been recycled and used across the city’s street scene –to make new benches and timber bollards to protect verges, for example.”

The stand off between campaigners and the council has led to tense scenes. In November last year three people were arrested by police when contractors moved in to start felling trees in a ‘dawn raid’ on Rustlings Road.

But the authority has maintained that every street tree on the programme will be replaced on a one for one basis. In addition, the total number of street trees to be replaced amounts to less than 0.3 per cent of the city’s overall tree stock.