Wood beetles facing extinction due to loss of ancient trees 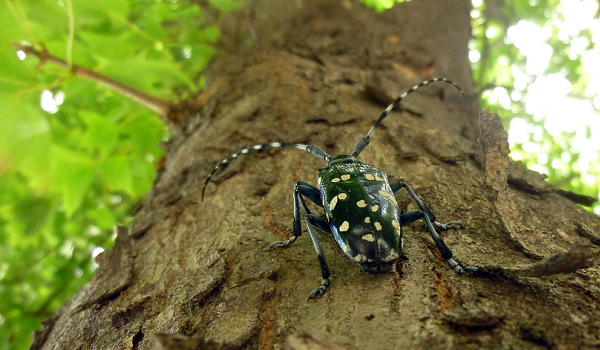 According to a report by the International Union for Conservation of Nature (IUCN), nearly a fifth of Europe’s wood beetle species are facing extinction. Eighteen of the 700 beetle species surveyed were found to be at risk, though the percentage is likely to be higher due to a lack of data classifying a quarter of the beetles examined.

The report, which maintains the Red List of endangered animals and plants worldwide, said that the decline has been caused by a lack of ancient trees. This decline is likely to continue if old-growth trees and not allowed to decline naturally.

Many of the 3,000 saproxylic beetles play a crucial role in recycling nutrients and providing a key food source for birds and mammals, with some also being pollinators.

“This will ensure that the vital ecosystem services provided by these beetles continue.”

The beetle Stictoleptura erythropter has recently been added to the Red List, being classified as “vulnerable” to extinction. Such beetles are coming under threat due to a loss of trees across Europe, along with increasing urbanisation, expansion of tourism and the increasing frequency and intensity of wildfires within the Mediterranean region.

Another species, Iphthiminus italicus, has declined due to tree farming and wildfires. It was classified as “endangered”, an even more precarious status.

The report calls for integrating conservation strategies into forest management.

“Currently, management practices lead to the transformation of wood pastures into either woodland or grassland, destroying the essential vegetation mosaic many saproxylic beetles need,” said Luc Bas, head of the IUCN’s European office.