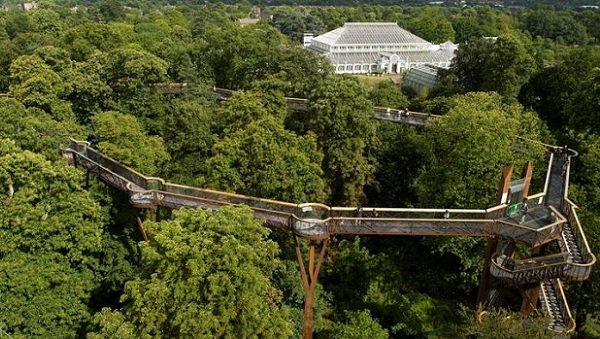 A woman who was killed by falling branch at Kew Gardens during a third birthday party died accidentally, a jury has found.

Erena Wilson, 31, suffered severe head injuries in the incident in west London, in September 2012, including bruising on her left side and scalp, and an extensive brain injury.

In a statement read out on their behalf after the inquest at west London coroner’s court, her parents said the loss of their daughter had left them “shattered” and called for more research to be carried out into summer branch drop, the tree condition they claimed was to blame for their daughter’s death.

During the inquest, Kew Gardens faced scrutiny over the condition of its trees, its attitude to safety and whether it could have done more to prevent the tragedy.

Wilson, an account manager, who was born in Wellington, New Zealand, was at Kew Gardens to celebrate the birthday of her friend Tess Marshall’s daughter Ruby. The court heard it was pure “fluke” that the three-year-old was not killed in the tragedy.

John McLinden QC, representing Wilson’s family, told the court it had been raining heavily in the hours leading up to the accident on 23 September and increasing the risk of summer branch drop, which occurs when trees are exposed to heavy rain after long dry spells. He questioned why the trees had not been fenced off and said that Kew Gardens failed to put up signs warning of the danger because it deemed the risk so minimal.

But Tony Kirkham, the head of arboretum at Kew, told West London coroner’s court that he believed the branch fall was triggered by heavy rain and wind, rather than summer drop, with 5mm (2in) of rain falling in the hour before the branch fell. Patrick Blakesley, representing Kew, described Wilson’s death as a “terrible freak accident”.

He said that about 66 million people had visited the gardens over more than 50 years and only one other person had been killed by a tree. After just 45 minutes of deliberation, the jury of four men and three women returned a verdict of accidental death.

The foreman told the court that the jury found “there is insufficient evidence to establish the cause of the branch failure”. The assistant coroner, Elizabeth Pygott, said the death was a “ghastly accident”. She said she would not be making a prevention of future deaths report. Wilson’s parents, Chris Wilson and Elizabeth Shelley, who were not in court for the inquest, said: “If one death can be prevented and one family saved from having to go through this, then some good will have come from this tragedy.”

Jeremy Barrell, a tree expert called by the family, had branded Kew’s system of tree inspection “a shambles” in court and said it was “definitely a case of summer branch drop”.

He said the death could have been avoided if the tree, which was planted in 1730, had been pruned.

But Kirkham told the inquest that the tree in question had been inspected a year before the accident and given a hazard rating of six out of 12, where 12 is the highest or riskiest, and no pruning work was recommended. He said that putting up signs to warn against summer branch drop would be “alarmist” and unnecessary.

Speaking after the inquest, Richard Barley, director of horticulture at Kew, insisted that everything possible was done to ensure the safety of visitors to the gardens and that the jury had found “no identifiable cause of branch failure from this tree that caused this tragic accident”. He extended his sympathies to the family and friends of Wilson, who was living in Hanwell, west London, at the time of her death.

Wilson’s friend Tess Marshall told the court: “We were chatting and then, all of a sudden, I hear this crack like a lightning crack.” She saw a large Lebanon cedar branch, six metres (20ft) long and 30cm (12in) thick, crashing down from 20 metres above them, the court heard.

She screamed: “Run” and fled, but when she looked back she saw Wilson, an accounts manager, lying sprawled on her front on the ground surrounded by debris from the tree.

“It blocked out the sky and all I could see was this umbrella of branches,” said Marshall. Wilson was pronounced dead after 45 minutes of cardiac resuscitation.