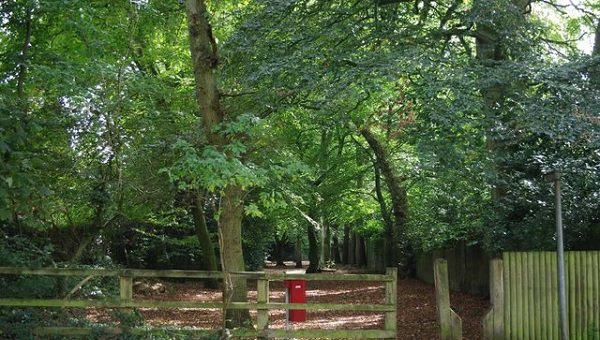 A wood on the outskirts of Knutsford that failed to sell at an auction this week is set to be sold to a private bidder, the Guardian can reveal.

Before the auction, Knutsford-based estate agents Fisher German, who were instructed to sell the privately-owned land, said they had received a huge amount of interest in the site before the sale.

But despite a couple of bids for one plot the wood did not sell.

However, Hugh Maxfield, partner at estate agents Fisher German, told the Guardian the wood was going to be sold privately.

“But I think that the expectation now is that it will be sold as a whole and that will be privately.”

Mr Maxfield added he could not go in to details about who the proposed buyer may be.

Last month, Rachel Giles, Ecology and Planning Officer at Cheshire Wildlife Trust, told the Guardian that the woodland, as a Local Wildlife Site, has some protection within the planning system.

A spokesperson for the South Knutsford Residents Group spoke to Knutsford Town Council on Monday, July 7, asking the council for help in protecting Windmill Wood for future generations.

“There’s no need to emphasise how important Windmill Wood is to the residents of Knutsford and our neighbouring parishes,” she said.

“Generations have enjoyed woodland walks, nature trails, brownie and cub camping in these woods, which tithe maps show were already well-established in the 1840s.

“We would appreciate guidance from the committee for a course of action to ensure that the community and the new owners each understand their rights and responsibilities.”

“It’s an extremely valuable greenbelt part of the town and this concerns me a great deal,” he said.

“I find it extraordinary that people would consider this a development opportunity and I want to support any work to ensure it remains woodland.”

Knutsford Town Council said it would support any efforts made by the residents group and Ollerton and Marthall Parish Council to ensure the woodland remained as it was.