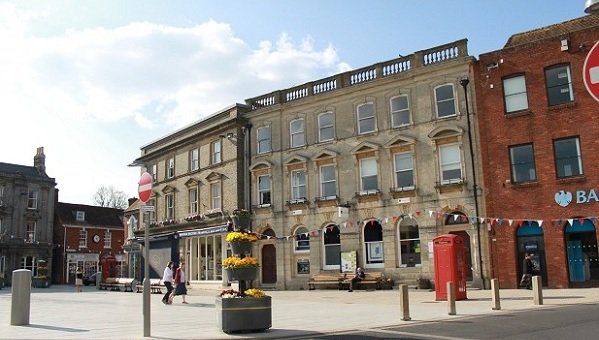 Campaigners who feel that Wimborne Square would be enhanced by additional trees are not giving up.

And an extraordinary meeting of Wimborne Town Council on Friday last week backed the project.

In the 1990s three trees were planted by the district council in The Square’s central island. Two died not long afterwards, and although Wimborne Town Council wanted them to be replaced, it didn’t happen.

The town council had said it wanted at least three trees when The Square was revamped, but only one was planted.

The district council say it would cost £35,800 to plant an additional tree.

The only affordable option therefore would be a movable tree, which could cost around £10,000.

Any proposal to add features to the Square needs the support of the Wimborne Town Centre Liaison Group which is comprised of Wimborne Town Council, Wimborne Minster Chamber of Trade and Commerce and Wimborne BID.

Councillor Terry Wheeler, who is chairman of the group said he supported proposals for a moveable tree, adding that a meeting with the district council would be necessary to settle its siting.

Councillor David Packer said: “I wonder if this is not premature as things are still settling down in The Square. Costa Coffee has a licence for two years, but the other area is still out for tender. Also we must ensure we keep the events area in the centre free. We could run out of space.”

The Mayor of Wimborne, Councillor Andy Hampton said: “The last thing we want to do is have trees in the way of events.”

Councillor Diann March, who together with Councillor Ann Roberts called for the extraordinary meeting, said that as a private resident she would raise money for at least one additional tree.

“In my personal opinion, EDDC have concentrated on coffee culture first and not making The Square fit for purpose for everyone to enjoy,” she said.

Vision Wimborne has already committed itself to raising funds for additional trees in the Square.

Chairman Pat Hymers, who attended the meeting, said: “I hope the ‘tree in The Square’ will become a community project and be supported by the whole town. Vision Wimborne as an ‘umbrella’ local charity will be supporting this approach.”

Councillor March has already raised £240 towards the tree.