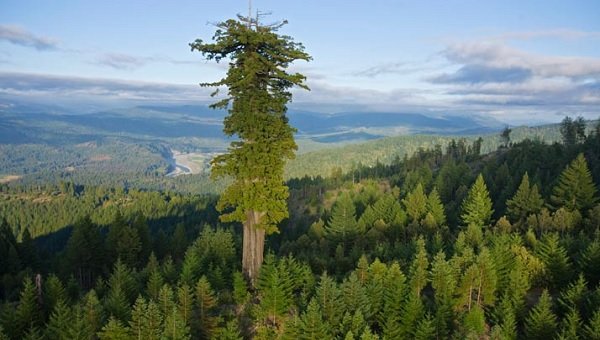 French trees, giant redwoods and Japanese red cedars should be planted in Britain’s forests as traditional oaks struggle with climate change, according to research.

Experts have warned that the composition of our woodlands must change to survive rising temperatures, frequent droughts and diseases.

Research found that unless action is taken, Britain’s forests could shrink by more than 40 per cent by 2080 because of climate change.

Foresters are being advised to plant more trees capable of flourishing in warmer temperatures such as the Japanese red cedar, and giant redwood trees from America, instead of oaks, pines and spruces.

More varieties of these trees from the continent will also be grown as well as species from Britain in the Victorian era such as Hornbeam, small leaved lime and aspen trees, which are also set to return after not being planted for the last few hundred years.

Different varieties of oak and pines that exist in the UK will also be planted.

Scientists at the University of Twente, in the Netherlands, and at Forest Research, the research agency of the Forestry Commission, estimate that forests could be reduced by 42 per cent by the 2080s because of climate change.

They studied spruce, pine and oak, which make up 59 per cent of British forests, and found that new species would be needed to maintain woodlands in the future.

John Weir, from the Forestry Commission told The Daily Telegraph: ‘Trees from the continent are used to surviving higher temperatures and drought.

‘In Bristol for example we may be looking at the end of the century at weather similar to that in the Loire Valley. The French are very good foresters and we can look to source trees from there.’

He said native oaks and spruces will not disappear from Britain’s forests, but different varieties will be used.

He added: ‘The current oak is not doing very well and we need to look at the range of oak trees available.

’There are a lot of native trees that we stopped using because they were not making money. For example during the war most of the forests in England were oak.’

He also said there is also a need to diversify Britain’s forests to ensure trees had the best chance of surviving pests and diseases.

Luc Boerboom, assistant professor at the University of Twente, said: ‘In the Netherlands we have much less forest production than Great Britain.

‘However, we too can expect change: our grandchildren will walk and bike into a different kind of forest than we do now.’

Giant redwoods are already planted across the UK and are more likely to be used on the east coast which will be warmer, according to Mr Weir.

He said: ‘There will be hot drier summers and that’s what we have to react to. ‘For example the North York Moors are likely to have drier summers, which would not suit spruces in the future. ‘In the South East we might use some of the southern European varieties.’