Who is responsible for keeping this St Albans tree under control? 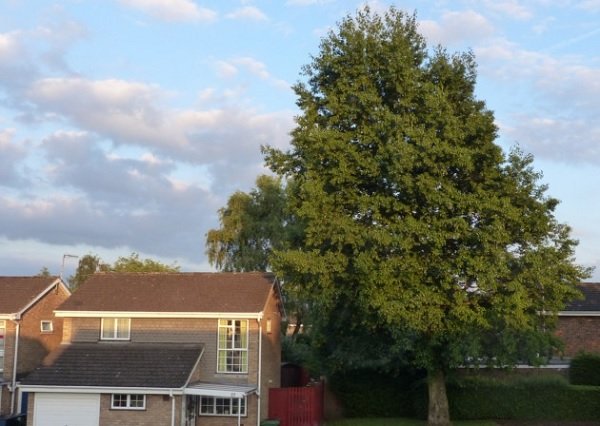 The aspen tree, more normally found on riverbanks, is spreading over the roof of a property in Claudian Place, St Albans, part of the Verulam Estate.

The house is occupied by an elderly lady who does not speak much English and her neighbour Brenda Kember has taken up the cudgels on her behalf to try and to get the tree reduced..

Neither St Albans council – which planted the tree – or the county council has shown any willingness to take responsibility for it and Brenda keeps being pushed back to the landowners.

But Davis Estates, a company in Exeter which appears on Land Registry records to be the current owners of the land, is thought to have been dissolved last year.

Brenda said tree had two branches overhanging her neighbour’s home and while it was probably not dangerous, the resident suffered with leaf and seed fall.

In the first instance Brenda contacted the county council which said it was nothing to do with them and was the responsibility of the landlord.

She then asked the district council to do something about the tree but got the same response.

Brenda said that as far as she and her neighbours knew, the estate had been managed by the district council since the roads were adopted.

Not only had St Albans council planted the trees, including the aspen which was then just a sapling, but they had cut the grass for nearly 40 years. As recently as last week, the grass area around the tree was mown by council contractors Ringway.

County councillor Sandy Walkington who has been involved with the campaign to get the tree cut back said this week: “Brenda Kember deserves a medal for her dogged pursuit of this issue on behalf of her elderly neighbour.”

He said that when he got involved, both the district and county councils were passing the buck to each other because of a dispute over whether it was planted on a verge or amenity land.

“Ownership of the land seems a red herring; the district council should man up and take responsibility for reducing or removing the tree it planted.”

Tracey Harvey, St Albans council’s head of planning, said they had been trying to help identify the landowner and had offered assistance in pursuing the matter with them.

She added: “Landowners have responsibility for looking after trees on their land and any works that are done must have the permission of the landowner.”