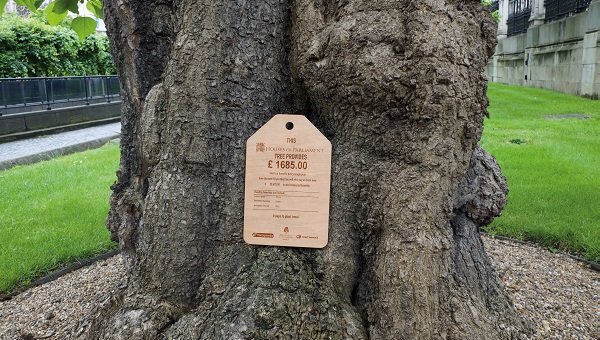 This week, parliament set aside some time to learn about trees, in an event organised by the Arboricultural Association. The event took place in Westminster on 14 June 2016.

The event was organised in the hopes of building wider awareness of the size and skill base of the arboricultural sector. It was also hoping to build wider awareness of the benefits given by urban trees and the commercial value that can be placed upon they delivery. The tour of the Parliamentary Estate scheduled for the Parliamentarians resulted in closer ties to the Arboricultural sector.

Baroness Fookes, Chair of the APPGHG recognised this week’s Parliamentary Tree Tour as making a significant contribution to parliamentarians understanding and knowledge of the value of urban trees. The session was well attended, informative and has provided a springboard for further action and progress in recognising the true social and commercial value of the urban tree-scape and the industry that services and maintains this valuable national asset.

Organised by the Arboricultural Association, 10 peers and MP’s along with other guests, spent the morning touring the Palace of Westminster estate and learning about the establishment of trees in urban spaces. They measured their value through the i-Tree initiative, received an in-depth insight into the benefits of trees, and learnt about the initiatives available in the sector which were developed in order to help deliver effective apprenticeship schemes.

Chairman of the Arboricultural Association, Jago Keen commented: ” …the event proved to be an excellent opportunity to showcase the value of trees, tree establishment, those that manage trees and the role of the Association as the ‘go-to’ body for arboriculture in the UK. We engaged, educated, and received questions from all of the attendees and arboriculture is firmly on their radar. We are building a wide array of friends in both houses – we were very fortunate to meet Lord Gardiner who is heading up many aspects of Government business relating to the arboriculture sector.’’

Parliamentarians who attended the event include the likes of Baroness Fookes, Ian Liddell and Lord Gardiner.

Visit www.trees.org.uk for more information on the Arboricultural Association.