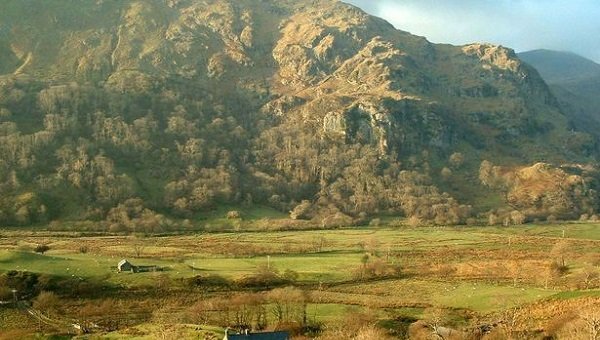 EU cash top-sliced from farm subsidies may be used to replant public  forests and woodland in Wales that are damaged by  fires, storms or disease.

The proposal, for a Woodland Restoration Grant in forests with more  than 20% damage,  is contained in the  Welsh Government’s latest review of  Glastir, the land management scheme.

It suggests doubling the funding for  forestry and halving the cash for Glastir  Entry, the lower-level element that will  be retained “for now” until budget constraints dictate otherwise.

In turn, Glastir Entry will become  independent of Glastir Advanced, enabling all farmers to potentially gain  direct access to the higher level element.

Moorland farmers, above 400m, will  be targeted for support in Glastir Advanced so that they can achieve parity  with producers in the Common Land  scheme.

Another proposal, to introduce a  new, stand-alone Small Grant has been  welcomed by farm unions. This will  enable farmers to carry out dry stone  walling, bracken control and some tree  planting.

Also applauded are plans for a habitat  network scheme that will give farmers  the chance to carry out habitat work on  only part of their farms.

Holyhead farmer Gavin Williams,  chairman of the FUW’s land use committee, said: “We believe these will  provide a positive first step into environmental management for some  farmers.

“Whilst there remain some concerns  about some aspects of the proposals,  such as the increased allocation of resources for forestry and the suggested  use of RDP funds to replant public  forests, in general we look forward to  working with Welsh Government to  take these proposals forward.”

Glastir will be funded by the next  Rural Development Programme (RDP)  which, despite a £953m budget over six  years, may struggle to fund all of the  Welsh Government’s land management  targets.

The cost of agri-environment measures have also increased sharply in recent years, due to rising income foregone payments.

As a result Cardiff is “exploring in  detail” a system of ecosystem payments,  to further incentivise farmers, as well as  greater use of private funding for infrastructure projects within Glastir.

Recognising the need to boost food  production as well as the environment,  it is also implementing measures designed to improve farm efficiency.

To encourage investment in facilities and  technology, a modernisation support scheme  will offer loans and  grants, with higher funding rates for young  farmers and new  entrants.

A Sustainable  Production  grant, funded by the wider RDP, will  also replace the Glastir Efficiency Grant.

But business efficiency was also key.

He said: “My ambition for Welsh  agriculture is very clear – we need to  move forward and stimulate on-farm  investment to increase resource efficiency, enhance technical performance  and develop businesses.”

An on-line system as the only way to  access Glastir.

A single Common Land/Advanced  scheme for the commons, with greater  flexibility in stocking densities.

Payment rates to stay the same.

Funding support for mixed grazing  in the uplands.

Plaid AM Llyr Gruffydd said Glastir  has been constantly evolving and he  hoped the new proposals  would now   end the uncertainty.

But he added: “It is unfortunate that  the government includes vague commitments such as to retain the Entry  scheme ‘for now’, which falls some way  short of providing farmers with the  certainty we were looking for.”