Which is your Welsh Tree of the Year? 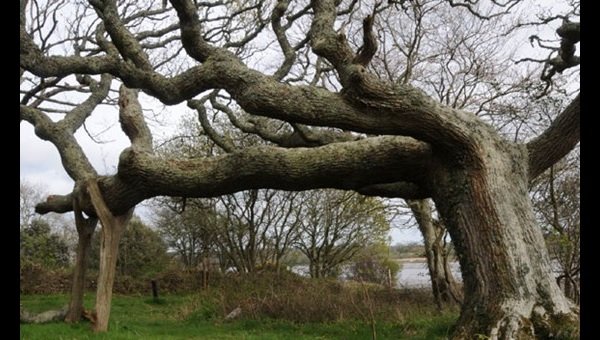 Welsh people are rushing to vote, this time for their favourite tree! It’s all part of a competition being organised by the Woodland Trust which aims to select the Welsh Tree of the Year for 2014. The aim is not to find the oldest, the tallest, the biggest, the most beautiful or the rarest tree, but the most lovable, a tree that can bring the community together.

Jerry Langford, the Woodland Trust’s Wales Director explains: “Wales has some amazing ancient trees, that are as much a part of our heritage as our cathedrals or castles. And we in the Woodland Trust are keen to celebrate them.

“Eight of our finest, most distinguished trees have been nominated by members of the public. They represent all corners of the country. But which should be chosen as Wales Tree of the Year? It’s up to you to decide. You can vote face to face at Woodland Trust stands at shows and events over the summer, like the Royal Welsh, the Eisteddfod or the Welsh Game Fair, or online.”

The Woodland Trust has been campaigning to strengthen the protection for individual, ancient and heritage trees in Wales and the Welsh Government has recently established a Task and Finish Group to look at how this could be done. As well as their huge importance in cultural and historical terms, ancient trees play a crucial role in the environment as an irreplaceable reservoir of wildlife and biodiversity.

Each of the eight trees nominated in this competition has its tale to tell, from the Crooked Oak on the River Cleddau which inspired the poet Waldo Williams to verse, to the Lonely tree of Llanfyllin, which blew over in the storms of early 2014, but which was rescued by the local community who arranged to tip over 30 tonnes of earth over its roots to help it survive.

The tree which eventually wins the competition will go on to represent Wales in the European Tree of the Year Competition next year.

The full list of the nominated trees is below:

The Bryn Gwalia Oak
Standing in the grounds of Bryn Gwalia Primary School in Mold, this Pedunculate Oak is estimated to be approximately 770 years old, making it a contemporary of Llywellyn Ap Gruffydd and King Edward I. The tree obviously predates everything around it and has therefore become a symbol of the community, signifying stability, strength and continuity through the generations. Many of the parents, grandparents and great grandparents of children now in the school remember playing around its huge girth and in the shade of its canopy and the school uses the ‘Bryn Gwalia Oak’ as its logo. Nominated by: Bryn Gwalia Primary School.

The Pentrefoelas Horse Chestnut
This splendid horse chestnut tree stands on the banks of Afon Merddwr, by the bridge, next to the A5 in the centre of Pentrefoelas. In spring the tree produces beautiful blossom, and in the autumn, hundreds of conkers. Every autumn children of the village gather conkers under the tree. The headteacher of the school used to do so herself when she was ten years of age. The Urdd at the school organises an annual conker tournament and the tree adds hugely to the beauty of the centre of the village. Nominated by: The children of years 3, 4, 5 and 6 at Ysgol Pentrefoelas.

The Crooked Oak on the River Cleddau
Standing on the banks of the Eastern Cleddau between Haverfordwest and Narberth, this is a tree with strong literary and artistic connections. The poet Waldo Williams would stand by it to witness the dawn break over the river, and wrote about it in two of his poems. Others who have enjoyed the view from by the tree have been the artist Graham Sutherland, who painted it and Prince Charles, who got to know the area while staying at Picton Castle, while learning to fly helicopters at RAF Brawdy. He was so impressed with it that he had the retaining wall rebuilt to defend it from erosion. Nominated by: Mr Alun Ifans.

The Rhandirmwyn Oak
Standing in a hedgerow just outside the quiet village of Rhandirmwyn in Carmarthenshire, this tree is a giant, with a girth of some 8.4 metres. It is estimated to be 600-700 years old. As Archie Miles notes in his book Heritage Trees Wales, everyone in the village can point you towards this tree, but no one can tell you why it is celebrated other than for its size. It is, however, hollow, and in 2005 the Welsh singing duo Brigyn, whose name of course means ‘twig’, did a live performance of their song ‘Popeth yn ei le’ from inside the tree, to promote their new album Brigyn2. Not many trees can boast of that! Nominated by: Nerys Jones, who, with her partner, owns this tree.

The Pen-y-Worlod Wishing Oak
By a footpath on the banks of the River Usk, just upstream of Llanfoist and in the shadow of the Sugar Loaf mountain, stands a majestic hollow oak tree. Its owner, Mr Michael Reed, who has farmed the land around for nearly 40 years, describes it as being six storey high and 30 paces round. The tree has even inspired him to verse: “The tree is well known in the village”, he says. “We call it the Wishing Oak because you can stand inside it with your arms outstretched and make a wish.” Nominated by: Mr Michael Reed.

The Lonely Tree, Llanfyllin
Standing on top of Green Hall Hill just to the east of Llanfyllin, this majestic Scots Pine used to dominate the skyline, watching over the town for over 200 years. Local people would visit it to carve their initials, propose marriage or scatter ashes. But in February it was blown down in the gales. Taking advice from experts, the local community came together to tip over 30 tonnes of soil over the roots. The aim is to ensure that any intact roots can still function, allowing the tree to become a phoenix, continuing to live and grow but from a reclining position. Nominated by: Cllr Peter Lewis, the tree’s owner.

The Curley Oak, Wentwood Forest
The oldest tree in Wales’ oldest largest forest, there is something truly primeval about this hollow ancient tree, said to be over 900 years old. Yet, until the Woodland Trust launched an ambitious campaign to purchase over 350 ha of Wentwood Forest in 2005, few people even knew of its existence. During the twentieth century Wentwood was almost entirely planted with conifers. Now, under the Trust’s care, the trees which tightly surrounded the Curley Oak have been thinned to allow in more light and give it a better chance of survival. Nominated by: Gavin Hyatt, Wentwood Timber Centre.

The Discoed Yew
Believed to be one of the three oldest yews in Britain, this tree has been estimated to be at least 5,000 years old. Standing in what is now the churchyard of St Michael’s, Discoed, two miles to the west of Presteigne, it receives many visitors each year from all over the world and is seen by local people to be at the heartbeat of the local community. Even allowing for a little flexibility in its age, this magnificent specimen must already have been an ancient tree before Christ was born, or David wrote his psalms. Nominated by: Edward Storey, President of the Friends of St Michael’s, Discoed.

Vote for your choice online before 30 September.