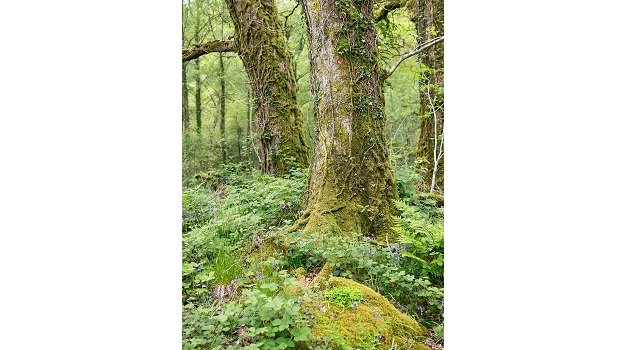 Confor has promised to step up its work to revitalise the forestry sector in Wales after a “very positive” response to a new report by the Welsh Government.

Martin Bishop, Confor Wales Manager, wrote to Cabinet Secretary for Rural Affairs Lesley Griffiths after the publication of the Branching Out report by the Welsh Assembly’s Climate Change, Environment and Rural Affairs committee.

Confor called on the Cabinet Secretary to implement the thirteen recommendations of the report, beginning with a call to “significantly increase planting rates” incorporating commercial forestry.

Mr Bishop said: “I was very pleased to receive such a prompt reply from Lesley Griffiths and was heartened by its positive tone. A new forestry strategy is a fundamental building block to ensure an increase in productive planting and securing the future of an industry worth £500 million annually to Wales and which supports more than 10,000 jobs.”

The letter from Lesley Griffiths said: “The committee has produced a constructive report and many of [its] recommendations align with our thinking.” She said she was preparing the Welsh Government’s full response, but added: “As a first step we will be refreshing our forestry strategy.

“Increasing woodland cover and developing a competitive and integrated forestry sector are and will remain, key outcomes of the strategy.”

Mr Bishop welcomed the comments, but said a full public consultation on a refreshed strategy in 2018 had to happen alongside practical actions to push up planting now.

“Consultation must not be used as an excuse to continue to push woodland creation into a tomorrow that never comes,” he added. “There are actions the Welsh Government can take today, under the current strategy, such as reviewing the scoring system for grants which channels funding away from productive woodland.”

Sawmills have warned that they need planting now to secure raw material and jobs in the future. When the Branching Out report was launched, Josh Sambrook-Jones of Clifford Jones Timber Group, a Confor member based in Ruthin, north Wales, said: “Timber is in increasingly short supply due to a lack of investment [in tree planting] since the 1990s. There is a huge market for our timber and every sawmill in Wales could double or treble production if the timber was there to feed the mills.”

Mr Bishop added: “We need the strategy to focus on, as Branching Out said, ‘a significant increase in planting rates, including long term targets for woodland cover and commercial forestry’.

“In the immediate future, we need to look at the barriers to increasing planting and adopting a presumption of approval for areas identified in the Woodland Opportunities Map. We have also highlighted the report’s recommendation highlighting ‘constraints on the commercial forestry sector, in particular making it easier to create coniferous woodland’.

“It is also important that the Welsh Government implement the committee’s recommendation to look towards increasing self-sufficiency in timber and promoting the use of timber in construction.

“There is much work to do, but this positive and speedy response from Lesley Griffiths is a welcome start to the process. She asks Confor to support the Welsh Government’s work in this area, and we are fully committed to doing so. Indeed, we will redouble our efforts.”