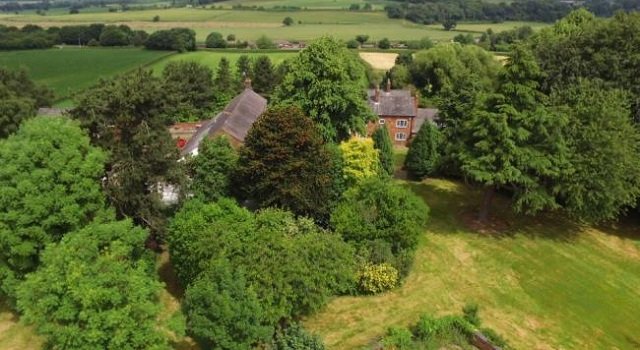 A farmer who gave up life in the city for the Cheshire countryside is recruiting volunteers to help with an ambitious eco-project.

Work began on the permaculture project in Mere Brow Farm in Weaverham in March.

Permaculture is the development of agricultural ecosystems intended to be sustainable and self-sufficient.

The plan is to plant and grow around 3500 trees to help regenerate the soil on the land, which has been intensively grazed on for almost a century, to create vibrant habitats teaming with wildlife.

The project is a far cry from the owner of the farm’s previous career. Ian Madej, 42, worked in financial services in an office in Manchester, and has no previous experience in farming.

He now lives on the farm with his wife and daughter.

“I spend my life bent over pulling weeds out,” Ian joked. “Once the weeds are done we’ll plant the trees.

“When it’s finished we’ll probably have the most diverse selection of trees in the north west.”

Further down the line the idea is to have more than 13 acres of woodland.

The plan is also to dedicate around two or three acres as an edible forest.

“We are very much at the early stages,” Ian said.

“The idea is to try to make 13-and-a-half acres here with plants and have life and to look after the natural habitat.”

There is much work to do in the meantime and Ian is always on the lookout for volunteers to help him and his team in the exciting project.

Ian said: “We have had lots of support from the parish council and the country council, and the Woodland Trust are helping us with the trees.

“We’re also trying to get planning permission for a bunk house to have more permanent volunteers.”

Planting will begin on the first batch of trees – around 2300 – towards the end of November.

“It doesn’t look like much now but come back in a couple of years and it will look like someone has planted the Amazon rainforest.”

To find out how to volunteer visit Mere Brow Farm Cheshire, Permaculture Project on Facebook.