Park trees being mauled by weapon dogs in fight training 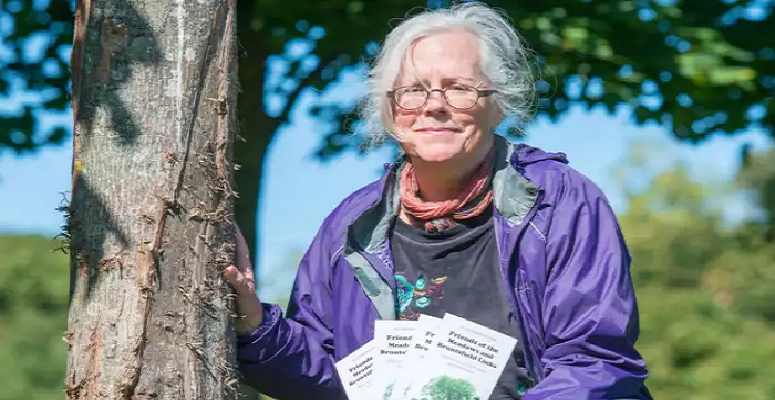 Young people are training crazed dogs to fight by goading them into mauling trees in city parks, the Evening News can reveal. Horrified witnesses have reported snarling weapon dogs clawing and biting at bark in Bruntsfield Links.

Park users fear a young sycamore tree might be beyond saving after a pit bull stripped it bare in one of the worst attacks. “Damage is caused by dog owners who apparently use tree trunk bark to train their dogs,” said Friends of the Meadows and Bruntsfield Links committee member Neil Roger.

“I am told they use attack dogs for fighting for betting. We were informed that this has been a long-term problem in city parks.” The FOMBL group have now notified the city council and put up posters in a bid to deter dog fighters.

“There appear to be three trees affected at the links and we have put notices on all three to act as a deterrent and also inform the public,” said Mr Roger. “The worst tree is so badly damaged that it could die due to loss of bark. A dog owner was spotted with a pit bull type dog causing the damage.”

Park wardens have confirmed the problem is Capital-wide while similar cases have been reported in major English cities in recent years. Parks officer Mike Shields wrote to FOMBL and stated: “This type of damage is caused by irresponsible dog owners who encourage their dogs to bite and damage with their claws, as a type of training.

“Unfortunately it is happening in many of our parks across the city and is very difficult to police unless we actually see them.” Mr Roger told how brazen owners provoke their dogs to attack trees in broad daylight in an area of the park used by two primary schools and an after-school care club. Two eye-witnesses reported the latest case in front of mothers strolling with prams and an outdoor exercise class.

A city council spokeswoman confirmed its parks team are aware of concerns in the Meadows and worked with FOMBL to put up warning signs. Anyone caught damaging trees in one of the Capital’s public areas faces a ban as it contravenes the statutory Parks Management Plan.

“We would expect the public to respect the city’s trees and will support friends of parks groups to encourage people to take care of trees in parks,” added the spokeswoman. Anyone witnessing dangerous dog behaviour or wilful damage to property is urged to report it to police on 101.

Those with information relating to dog fighting can contact the Scottish Society for the Prevention of Cruelty to Animals helpline anonymously on 03000 999 999. Scottish SSPCA Chief Inspector Paul Anderson said the charity has yet to be alerted to dogs attacking trees in Edinburgh.

But he added: “In the past we have been made aware of dogs involved in fighting being made to hang from branches, which strengthens their core and also jaw.”