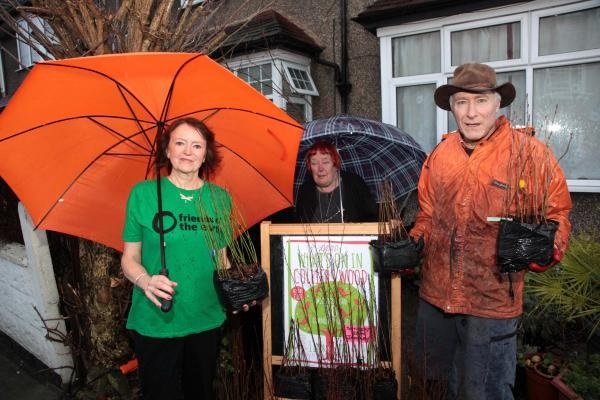 A disagreement has meant hundreds of trees are waiting to be planted to commemorate sacrifices made in war by people from Merton.

A total of 420 young trees were destined to create a new woodland in Wandle Park, Colliers Wood, but repeated delays have meant a resident has been stuck with them in his front garden for months.

The trees were a gift from the Woodland Trust to honour the ultimate sacrifice of local people in the First World War.

The saplings are being stored in their pots by Keith Spears of the Colliers Wood Residents’ Association who said planting was supposed to start on Armistice Day in November.

Objections from the residents’ association are said to have caused the delay, because the exact location for the new woodland needs to be agreed upon and some people are worried about the loss of open space, especially given the amount of housing development in the area.

Mr Spears, of Cavendish Road, Colliers Wood, who has led the trees project, said: “It seems significant with it being a remembrance year to plant woodland to commemorate 240 young men killed from Colliers Wood.