Voting to open for European Tree of the year 2017 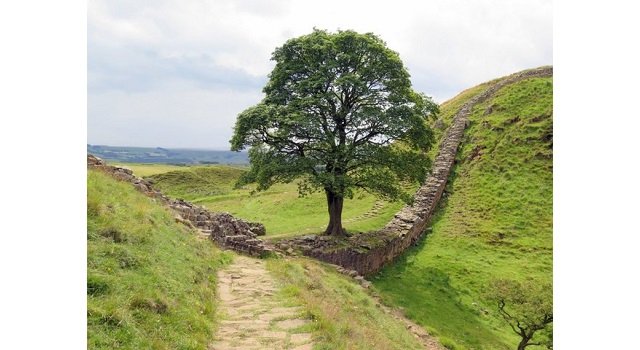 Voting for the European Tree of the Year will open this week on Wednesday 1 February and be open throughout the month, closing on Tuesday 28.

This year there is a slight twist to the voting as you are now allowed to vote for two trees.

Votes in the last week (from 22 to 28 February) are secret, meaning that preliminary vote counts will not be available on the web page. The results will be announced at the Award Ceremony in Brussels, the 21st of March, where the winners will be awarded.

Beginning in 2011, the contest was inspired by the popular Tree of the Year contest which has been running for many years.

In December, the UK tree of the year contest was broadcast on channel 4. The winners of that contest for England, Wales, Scotland, and Northern Ireland have been entered into the European contest to represent the United Kingdom.

The Sycamore Gap tree of England, The “Ding Dong” tree of Scotland, and the Brimmon Oak of Wales, will go up against trees from Spain, Belgium and Slovakia to name a few.

Information about the contest on the contest’s website states: “The purpose of the European Tree of the Year is to highlight the significance of old trees in the natural and cultural heritage that deserves our care and protection. Unlike other contests, the European Tree of the Year doesn’t focus on beauty, size or age but rather on the tree’s story and its connection to people. We are looking for trees that have become a part of the wider community.

Every year dozens or rather hundreds of thousands of people participate in the contest. The number of countries participating has increased from 5 to 16. We are always looking for new partners in European countries, so that the protection of trees – bearers of genius loci – becomes a topic of international debate.”

The full list of the shortlisted trees can be viewed here.

Image © Copyright Andrew Curtis and licensed for reuse under this Creative Commons Licence.