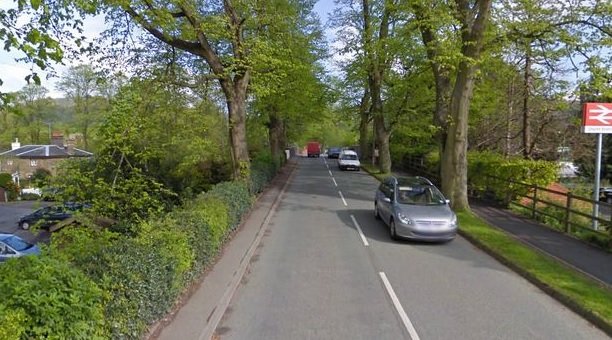 Chris Upton looks at how two Victorian philanthropists helped to make their Shropshire town green. Loveliest of trees, the cherry now”, wrote A. E. Housman in A Shropshire Lad. And (a few poems later) he talks of the aspen heaving “its rainy-sounding silver leaves”.

They like their trees in Shropshire. Indeed, there are parts of the county where you can see little else. Perhaps that was why Abraham Darby switched to burning coal in his Coalbrookdale furnaces; it certainly spared an awful lot of trees.

But great clumps of the things (technically known as a wood) are all very well, and wild profusion is fine in its place. But a stately avenue of trees is surely more aesthetically pleasing. If Berliners can promenade “unter den linden”, then why not Salopian folk? Entirely independently of each other – as far as I know – two Victorian philanthropists from Shropshire made their towns a lime-tree paradise.

The idea was not entirely a new one. Back in 1719 the nurseryman Thomas Wright had planted a pleasing avenue of limes through Quarry Park in Shrewsbury. By mid-Victorian times the idea was back in vogue.

First out of the blocks was William Penny Brookes. His is a name most of us associate with the beginnings of the Olympic movement, but Brookes was also an inveterate tree planter. And in 1869 he planted no less than 42 of them – lime trees all – as a stately parade along the side of Windmill Hill, and close to where those first Wenlock Olympics were held a few years earlier.

But Brookes’ modest little venture was as nothing compared with the ambitions of Reverend Holland Sandford in Church Stretton. He would take his lime-tree avenue all the way to heaven, or, failing that, as far as the junction with Hazler Road.

Rev Sandford was one of those Victorian clergymen with too much time and energy to confine himself to the pulpit. He managed the county savings’ bank, and sat on the board of guardians, together with a host of other philanthropic societies.

As Holland Sandford passed in his coach from the rectory at Eaton-under-Heywood into nearby Church Stretton, he saw a town brimming with new life and new ambition. The Shrewsbury and Hereford Railway arrived in 1852, and with it the tourists, eager to explore the alpine scenery Stretton had to offer. They called the place “Little Switzerland”.

What better way, he mused, to welcome visitors into town than with a procession of trees, stretching up from the railway station? In 1884 Sandford put the idea to the Church Stretton Post Master, George Windsor, a committee was formed, and so the great enterprise began. From little acorns, we might have said, if they weren’t limes.

The first planting took place on December 19 1884. Rev Sandford paid for 78 trees initially, a further five being donated free by the nursery in Cheshire which supplied them.

But 83 trees is a very modest boulevard, compared to Berlin. By the following year, Holland Sandford had decided to throw in another 70, extending the avenue out beyond the station to Watling Street and Hazler Road. The limes would thus accompany him most of the way into town, and he might ride in triumph through Church Stretton.

And, at this point, Rev Sandford had another bright idea, though frankly it was more trouble than it was worth. Could not each tree, in addition to swaying sedately in the breeze, actually commemorate someone important?

This suggestion might easily have come from the Post Master, since it involved buying an awful lot of stamps and sending a lot of letters, asking for permission. But Rev Sandford launched into it with gusto, and it took up most of his remaining days. It was a chance for the rector to rub epistolary shoulders with the great and the good of Shropshire, Great Britain and beyond.

Queen Victoria clearly took precedence in this sort of thing, and though she didn’t say yes to Sandford’s request, she didn’t say no either, and the rector took this as “gracious permission”.

Next came the Prince of Wales, the future Edward VII. When the Prince’s comptroller

replied in the affirmative, Rev Sandford was almost beside himself with excitement, and the ceremonial planting of this lime was almost as well attended as a royal visit, apart from the absence of the royal himself. Sandford installed the tree in the best location he could find, in the hope and expectation that it would look suitably regal when it grew up.

And so Holland Sandford worked through his address book, from the landed gentry of the county to the Prime Minister and Lord Chancellor, and anyone important to whom he believed he was related. To save himself some postage, Sandford also chose men who were (like their trees) already in the ground, such as Gordon of Khartoum (recently assassinated) and Prince Albert.

The list culminated in foreign heads of state, including the presidents of the United States and France, and the King of the Hellenes.

It was all terribly Victorian: the formal avenue, the railway approach, the long list of dignitaries. But the visitor to Church Stretton today can forget the stuffy formality, and simply enjoy the trees. Indeed, they would have to get hold of a very old guidebook to find out which tree is dedicated to whom.

And the street itself is now called Sandford Avenue, a suitable tribute to an arboreal visionary.