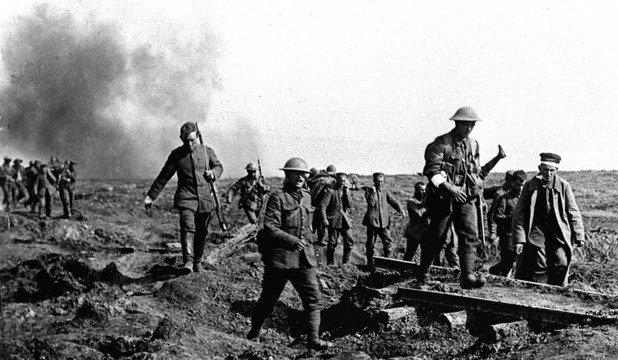 A plaque was also unveiled today to go alongside the trees in Manor Road, Barton-in-Fabis, while seven bird boxes have been built and placed around the village.

All of them came from the village, near Clifton, and all lost their lives during the Great War.

The plaque was unveiled on a wall today. It contained the name of each soldier and information on when they fell.

Villagers old and young gathered for the ceremony, while relatives of two of the soldiers looked on fondly.

Mr Wright said: “It is good that he and the others who gave their lives are being remembered in this way.

“I know all about him but I think it is important that generations to come know what people from this village did.”

Mr Wright has a collection of memorabilia from his uncle, including medals, photos and a letter which he sent home during the war.

The planting is part of the village’s entry into the Britain in Bloom contest. It also comes 100 years since the start of the war.

John Towers was killed in action in 1917 after the Battles of Arras. He was 22.

He said: “The trees are a lovely idea, as is the plaque. My family history in Barton goes back to the 1500s.

“My great uncle gave his life during the war so it is nice to know his village remembers him. It will be nice to think our relatives will come here in another 100 years and remember what happened.”

The plaque and bird boxes were made by villager Stefan Barcikowski.

He said: “It is a privilege to be able to play such a part in the village remembering the soldiers who fell.”

Today’s unveiling ceremony was organised by the Barton-in-Fabis Parish Council.

Sue Davies, from the council, said: “The village remembers those who fell during the war.

“Each tree has been planted to remember those soldiers who did not come home.”