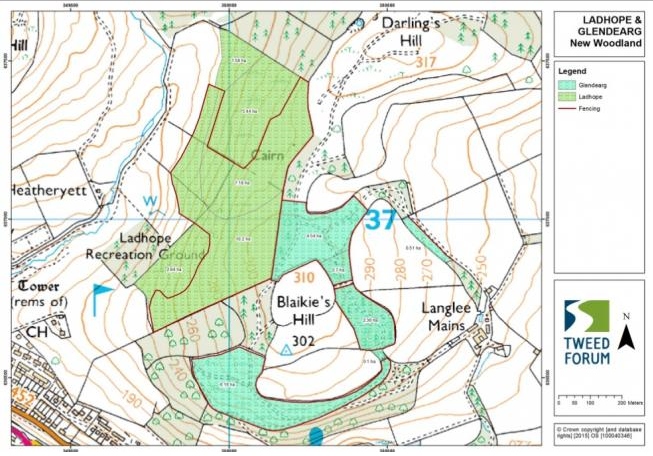 A public consultation is to be held on Tuesday, October 25 to discuss a proposal to plant a mixture of native trees and Scots pine on the land next to Galashiels Golf Club.

The Tweed Forum is working with Scottish Borders Council and the Galashiels Common Good Sub Committee and is also looking to build a series of mountain bike trails at Ladhope and adjacent land.

A spokesperson said: “The proposal is to build around 18 hectares of woodland, with up to 20 per cent open space to preserve views, paths and habitats.

“We are considering about eight ha of Scots pine woodland, with the remainder native trees such as oak, birch and hazel.

“The trees will be protected by a combination of deer fence, rabbit net, tree shelters and vole guards which will be removed over time as the trees grow,” he added.

“In conjunction with the areas of tree planting, a network of mountain bike paths is proposed. This proposal is at a very early stage and your views are important.”

The public consultation will take place on Tuesday, October 25 at the Galashiels Transport Interchange at 3-5pm and at 7-9pm.