VIDEO: British climber wants to be top of the tree 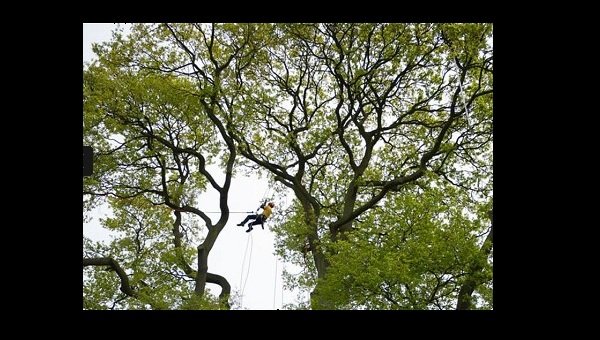 Matt Glen, from Barnoldswick, Lancashire, will pit his wits against more than 50 male and female climbers from 13 countries at the International Tree Climbing Championship in Milwaukee, Wisconsin.

The competition, held on August 2 and 3, is his first international event. It simulates working conditions for tree surgeons in real life and there are five different disciplines including speed climbing, moving around the tree and rescue techniques.

“This can be a really dangerous job if anything goes wrong as you’re using chainsaws and dealing with big heavy pieces of wood,” explained Glen, 26.

“In the competition you rescue a dummy from the tree, which represents a colleague. In real life I have not had an accident, but friends have had serious ones, leaving them with broken bones and in a wheelchair. One is not with us any more. It is a very dangerous job, but with the correct training and skills it is the best job in the world.”

He gained a national diploma in arboriculture, the care of trees, after deciding upon the unusual career at a young age, and specialises in climbing them.

When I was at school I didn’t know what I wanted to do. I just knew I wanted to travel and then I saw a tree climber and thought ‘that’s a childhood dream, to get paid to climb trees’. I started training when I was 16,” he explained.

After gaining his qualification from Myerscough College in Preston, Lancs, Glen, who is self-employed, spent stints working in Germany, Sweden, Switzerland, Norway, New Zealand and Australia.

Having worked all over the world, with many different species of tree, there is one that is closest to his heart.

“My favourite has to be the English oak just because it’s really strong and it can grow really big, although some of the eucalyptus trees in Australia are pretty amazing too,” he said.

As for his chances of winning the championship, Glen, who has competed at national level before, said: “That’s quite a hard question. On a good day I could get up there but I’m just going to do the best that I can. The competitions are not just about going there to win, it’s about meeting different people from around the world.”

Following the championships, he will travel around Europe for a holiday, before upping sticks once again. “I’m moving back to New Zealand with my partner, as she is from there,” he explained.

The championship has been won in recent years by climbers from New Zealand, Germany, Sweden and the United States and the trophy has never been lifted by a male British competitor. A British woman, Josephine Hedger, won the female competition in 2008 and again in 2010. Ms Hedger, the owner of a tree care company based in the New Forest, Hampshire, is competing this year too.

The champions will receive prizes including cash, belt buckles and chainsaws.