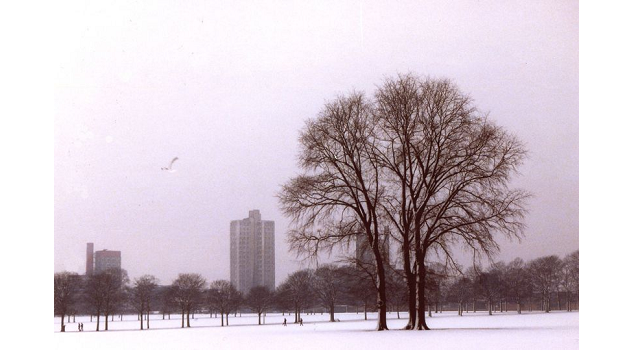 Three iconic trees in the centre of Leicester’s Victoria Park are to be replaced some 30 years after they were lost to Dutch Elm Disease.

The Elm trees, known as the Three Sisters, were felled in the late 1970s but now Leicester City Council wants to new trees planted.

He said: “Our trees and woodland team is renowned nationally for the work they do. This strategy will make that renown go even further.

“It is a sad thing we lost so many trees during the Dutch Elm Diseases period of the late 1970s.

“Many long standing trees were lost to the city.

“Some were re-planted but many were not.

“We are very seriously looking into replanting what were very iconic trees in the middle of the park.

“The three sisters stood very proud in the middle of Victoria Park but had to be removed because of Dutch Elm Disease.

“We have done some initial work and think it is feasible sport can continue in the middle of the park with those three trees replanted.

“The three sisters will stand as a monument to our attitude to trees.”

The move has however been greeted with some scepticism after the council last year felled a large number of mature trees in the park last year as it rearranged a car park and created a new processional walk to the memorial arch.

The council has also removed trees from De Montfort Hall Gardens as part of landscaping work.

Official have also proposed felling of trees on the London Road edge of Victoria Park to allow for a new cycle lane and in St George’s Churchyard.

One unimpressed councillor told the Mercury: “I support the planting of new trees wholeheartedly but it would win more hearts and minds if the council refrained from chain-sawing mature specimens without good cause.”

He said: “Our commitment to trees is long-standing. We have 150,000 trees in our own stock, 107 hectares of woodland and they reckon 15.69 per cent of the city is under tree canopy.

“We have very significantly greened the city in recent years.”

He said some trees had been cut down and not replaced but the net increase had been ‘ in the many thousands’.

He said trees were important for the city’s air quality and for the recreational opportunities they provide.

He added: “It is important we examine what we have done in the past but also what we do now and what we will do in the future.