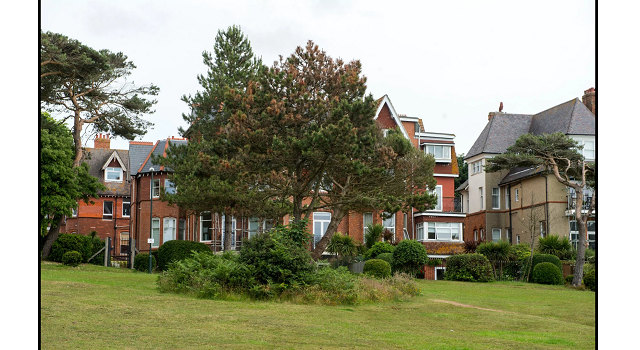 Reverend Chris Colledge has resigned as the chair of the residents association, in protest of the removal of two poisoned trees.

The vicar’s resignation is the latest development in a story of two poisoned trees in West Cliff, Bournemouth. Saplings have been sabotages and two mature trees have been drilled into and poisoned in an attack that some believe has been committed by homeowners in a bid to improve their sea view.

Reverend Chris Colledge said that by taking down the dishevelled, rotting trees, they would be playing right into the culprit’s hands.

“It would appear the majority of residents would like all the poisoned trees to be taken down, as well as others, and there to be no fencing,” he said.

“In all personal honesty I cannot go along with such thinking. The wildlife, birds and lovely trees make the area what it is a most beautiful and tranquil place.”

In July 2016 the phantom feller killed three 30ft tall Scots Pines on West Cliff Green, a beauty spot that lies between the clifftop in Bournemouth and several blocks of flats that sell for up to £500,000 each, by drilling holes into their trunks and pouring in a herbicide.

In an act of defiance it was decided to keep the poisoned trees in place and plant six saplings next to them. Wire fencing was erected around the young trees to protect them.

Then in July last year the attacker returned, climbed the fencing and took a knife to the saplings to carve away sections of the outer bark and bleed the sap out to kill them.

More recently, one of the saplings was snapped in two.

It is believed the attacker wants to enhance their views of Poole Bay from one of the luxury flats.

Despite a police and local council investigation the identity of the saboteur remains unknown.

Resident Malcolm Coe, who is calling for the damaged trees to be removed, said: “We now have an unsightly and ineffective fence strung with officious signs and surrounding unkempt undergrowth of little natural benefit.

“I have canvassed the residents of the three blocks which face this shabby mess daily and received many comments. All are fully supportive of removing the signs, the fence and the scrub.”

Rev Colledge said: “The residents feel that in my capacity as chairman of the residents association I should be supporting them in respect of the removal of the fence and the poisoned trees.

“They don’t have confidence in my chairmanship and my position has become untenable.”