Veteran trees in Hanbury Woods to be preserved 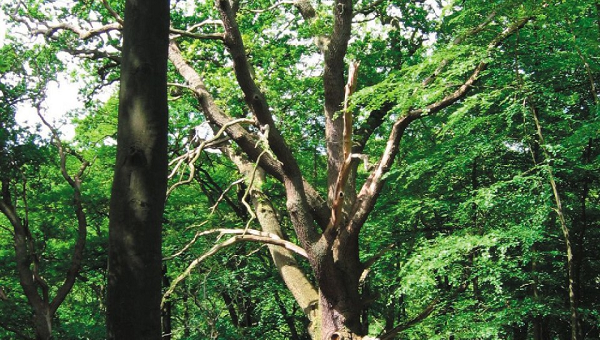 Work to cut down brambles across Hanbury Woods has been scheduled for the end of this month so veteran trees there can be preserved.

The area is covered by Piper’s Hill and Dodderhill Commons nature reserve and is important because of its large number of veteran trees.

The Worcestershire Wildlife Trust, which owns the reserve, will clear some of the denser areas of bramble to ensure the trunks of older trees are not smothered.

James Hitchock, conservation officer responsible for the reserve, said: “These glorious veteran trees – mainly oak and sweet chestnut– are an important feature of our landscape.

“Not only does Piper’s Hill and Dodderhill Commons contain some of the oldest trees in Worcestershire, they’re also home one of the highest concentrations of them in the West Midlands.

“By removing some of the brambles we also hope to create a few more grassy glades, which will benefit a range of wildlife.”

However James said brambles would not be completely removed because they also provided pollen for insects and berries to birds and small mammals.

He said: “We’ll actually be leaving a lot of the cut material in situ as both this and dead wood make great habitats for wildlife.”

The age at which a tree becomes a veteran depends on the species of tree.

Some of the trees at Piper’s Hill and Dodderhill Commons are around 400 years old. This makes them vital for the life-cycles of insects and fungi as well as important homes for birds and bats.

Once work begins, contractors will be on site for one week, and the trust is asking all visitors to adhere to on-site safety signs.

Anyone who would like to get involved with ongoing management of the nature reserve can join the monthly Sunday volunteer work party, which convenes on the fourth Sunday of the month.