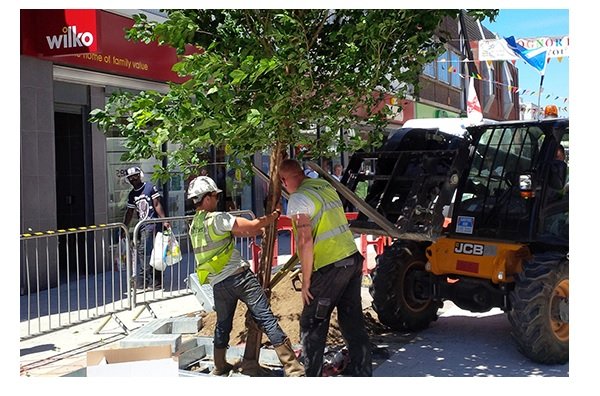 Vandals could have killed three of the recently planted trees in the town centre.

The ulmus new horizon elms were put in as an essential part of the £600,000 regeneration scheme for the London Road precinct. But five of the specimens have been vandalised. The survival of three of them is now uncertain because of the risk of frost and pests.

Sussex Police has been informed of the vandalism and is investigating them.

“The trees have had their bark cut and one tree towards the southern end is partially damaged.

“While the damage to three of the trees is severe, we will not know until spring whether it has killed the trees or not.

“We are exploring different possible treatments to the trees to help them survive,” she said.

Jean Coles, of BRighter Bognor, said in its latest newsletter: “People have different views about the new paving but there is huge appreciation of the trees.

“We are all the poorer because of such stupid behaviour.”