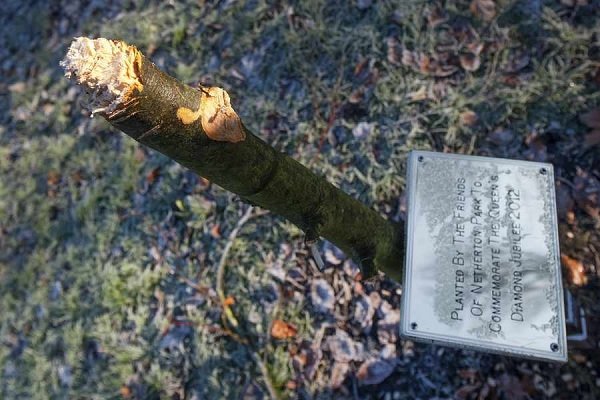 Vandals have attacked a tree planted to honour HM The Queen during her Diamond Jubilee for the second time.

First the beech tree was chopped down and the branches dumped in a park bin.

Now the a plaque fitted to the remaining stump in Netherton Park has been destroyed.

Geoff Johnson, chairman of the Friends of Netherton Park, which is dedicated to preserving the park, said he was ‘disgusted’ by the latest attack, which took place on New Year’s Day – a week after tree had been cut down.

“I fixed the plaque to the stump in defiance but it has been completely destroyed,” he said.

“The top has been ripped off. The plaque was attached to the stump with four or five bands of insulation tape so a great deal of effort has gone in to wreaking it.