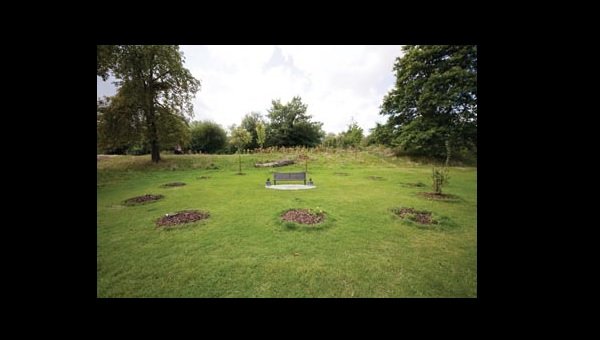 Tree which were chopped down by vandals in an overnight raid on a memorial garden will not be replaced as the council regards them “unofficial” horticulture. The raiders chopped down 13 conifer trees that encircled a memorial bench in Enfield Town Park, on the night of August 8, leaving the felled branches in the park in an act of vandalism rather than theft. Although council officers swooped on the scene to clear up the debris, police and council chiefs have revealed that the trees will not be replaced as they were planted “unofficially” by a “guerrilla” gardener, who did not have planning permission to plant the originals. Cabinet member for the environment Chris Bond admitted that it was a “real shame” that the trees had been axed by vandals – but added: “If everyone went around planting trees, there would be mayhem.” However, Julie Bonner Derrick, the manager of Enfield Town Park Cafe, says she knows the undercover gardener who planted the trees which had grown to 15ft in height. She told the Advertiser: “He had been carefully nurturing them ever since he planted them. Now he can’t even go down to the site any more as he is so upset about what has happened. I hope the police or the council can replace them. “The trees were planted to make the memorial garden a more peaceful place to be.” However, an Enfield Council spokeswoman could not guarantee the trees would be replaced and said: “Parks maintenance have tidied up the site and discussions are under way on the best way forward to restore this area for the benefit of all park users.”