Urgent woodland management to be carried out in Kimberley 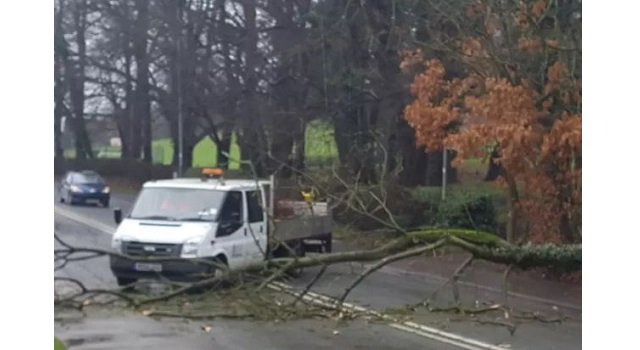 The potential danger caused by a tree that fell and blocked a road in Kimberley has tempted the council to carry out urgent woodland management work.

Fortunately, no vehicles or pedestrians were around when the large ash tree tumbled into Eastwood Road from Hall Om Wong Park and local nature reserve.

But traffic in both directions could not get by until it was removed, highlighting to Broxtowe Borough Council the need to take action in the next few weeks.

They say the work, which will include the felling of some trees, is vital for both public safety and the future of the natural environment.

A survey has already raised concerns about unsafe trees and overhanging branches, and the council feels that, without intervention, trees at the park would develop in such a way that would damage natural regeneration and biodiversity.

“The work will be undertaken sensitively, so as not to damage the remaining trees or harm any wildlife,” said Coun Shane Easom, chairman of the council’s leisure and environment committee.

“We know that the local community is very passionate about wildlife, so I would like to reassure them that this work is vital to ensure the ecological value and viability of the woodlands.

“We have taken advice from independent tree-specialists, who agreed that the work was necessary. Only non-native trees and poorer specimens have been selected for removal, rather than healthy trees.”

A few trunks will be left at chest height to provide habitat for insects, woodpeckers and other birds. And once the work, which will include thinning out dense parts of the woodland, is finished, the council plans to introduce woodland wildflowers, such as bluebell and primrose, as well bird and bat boxes and shrubs such as hazel.

The council plans to start partnerships with local schools and other groups, and to stage a community wildlife event in early summer.