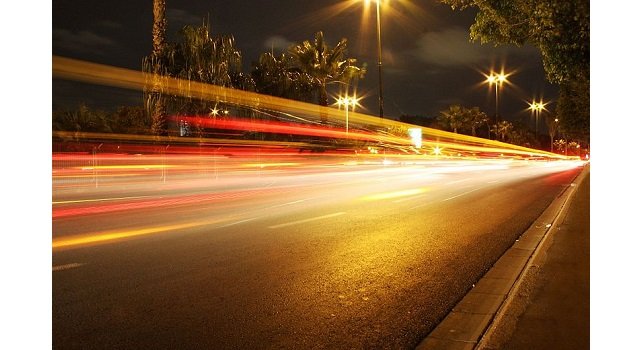 Urban trees are being robbed of sleep by streetlights, according to an influential German forester.

Peter Wohlleben, author of ‘The Hidden Life of Trees’, said city lights should be switched off to help trees live for longer.

He said that, like humans, ‘they also have to sleep at night’.

Mr Wohlleben likened trees in urban areas to orphans who have to grow without their network of support, claiming that light pollution makes city life even harder.

Mr Wohlleben has studied trees and believes they raise their children, sweat, feel pain and communicate with each other.

‘Trees that live near street lights will die earlier because it’s like burning a light in your bedroom’, he told the Hay Festival of Literature and Arts in Wales.

‘If you have any influence on street lights it’s also better at energy saving that they switch off at 1 o’clock or so’, he said.

He coined the term ‘wood-wide web’ to explain how trees communicate and support one another.

Mr Wohlleben said roots had a hard time under pavements that were warmer at night whereas forests cooled down.

‘Urban trees are the street kids of the forest,’ he said.

Trees send ‘electrical signals to each other… which pervade the ground like a fibre-optic network’.

His comments are supported by a study published last year in the Journal of Ecology which said artificial light messed up the timings of ‘spring budburst’, according to the Times.

Researchers found artificial light changed the annual rhythm of blossom and ‘may have significant effects on [their] health, survival and reproduction’.

Plants have evolved to work under 24-hour cycles of light and darkness and the spread of artificial lighting disrupts these cycles, researchers found.

Light gives plants information about what time of day it is or the season so they know what processes to carry out as a result, for example whether they should be photosynthesising.

If it’s light all the time they do not know when to carry out such activities.

In some cases the light is so bright it affects their growth and allocation of resources, researchers found.

More broadly the behaviour and ecology of herbivores and pollinators who nourish trees is also likely to be interrupted.

Mr Wohlleben also said that trees shed their leaves in the autumn because snow falling on leaves will cause the branches to break, causing them physical pain.

The well-known author looks after a forest on behalf of the community in Hümmel, Germany, where machinery is banned and the trees are left alone.