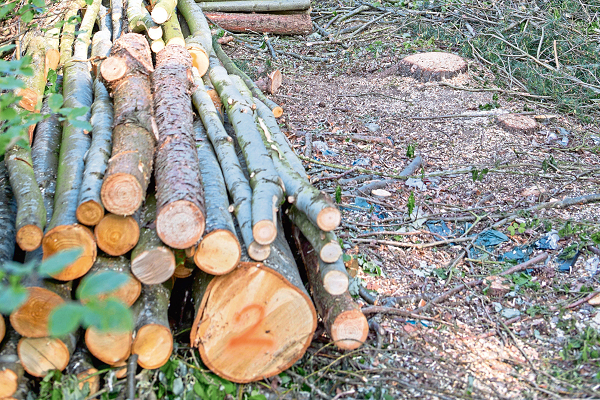 As reported previously, trees were cut down on land next to Swan House at the Technology Park — with concerns raised that the work took place during nesting season. It has now been confirmed that neither the commission nor Dundee City Council had given the go-ahead for the trees to be chopped down.

However, the commission is still trying to establish the identity of the land owner and who was responsible for the felling taking place. Officers for the commission are preparing a report into the matter, following discussions with Police Scotland and Dundee City Council. Environmental campaigner Stephen Cragg, of Kirkton, contacted the council after seeing the work last month while out walking.

It is against the law to fell a tree in Scotland without a licence, unless there’s an exemption granted by the Forestry Commission Scotland. Under the Wildlife and Natural Environment (Scotland) Act 2011, wild birds, their nests and eggs are also protected.

A spokesman for the Forestry Commission said: “In excess of 1,500 trees were felled without authorisation at Swan House.

“Anybody wishing to fell trees should first contact the Forestry Commission where advice will be given free of charge regarding how to apply for and receive a felling licence.”