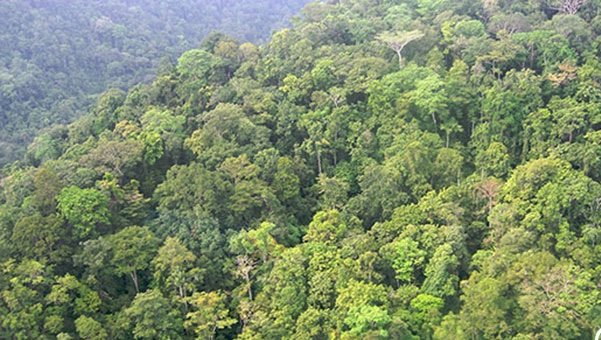 A senior UN official has described the world’s forests as “fundamental” to human well-being and survival.

Commenting on the findings of the UN’s State of the World’s Forest report, she added forests habitats were home to an estimated 80% of global biodiversity.

The report has been published at a UN forestry meeting in Rome, Italy.

She added: “Food from the forests – like fruit, nuts, mushrooms, leaves, roots, insects and wild animals – often contributes a nutritious supplement to rural people and provides a safety net in times of hardship.

“Forests, trees, farms and agroforestry systems contribute to food security, nutrition and livelihoods in several ways including as a direct source of food, fuel, employment and income,” Ms Mueller explained.

“They are fundamental to the survival of forest dwellers, including indigenous people.

The report, which was published at the start of the UN’s World Forest Week, said that it was time for the sector to shift its focus from “trees to people”.

It stated: “State of the World’s Forests (SOFO) 2014 argues that this will enable the development of the socioeconomic benefits from forests to meet the growing demands of society, while maintaining the integrity of the forest resource base.

“Across the world, forests, trees on farms, and agroforestry systems play a crucial role in the livelihoods of rural people by providing employment, energy, nutritious foods and a wide range of other goods and ecosystem services.

“They have tremendous potential to contribute to sustainable development and to a greener economy. Yet, clear evidence of this has been lacking.”

In employment terms, the formal sector provided 13.2 million jobs, while an estimated 41 million livelihoods were dependent on the informal sector.

The report also outlined the importance of forests’ contribution to food and nutrition security. In 2011, it observed, about 10.9kg of edible non-wood forest products (NWFP) were consumed per capita globally.

As a fuel, it estimated that one-in-three of the world’s population depended on woodfuel for cooking, while 764 million people used woodfuel for boiling drinking water.

“Forests are important providers of ecosystem services,” she said. ” For example, they help to deliver clean water by protecting water sheds and water courses.

“For most of the year, herders in arid and semi-arid lands depend on trees as a source of fodder for their livestock.

“As habitat for an estimated 80% of the world’s biodiversity, forests provide genetic material important for crop and animal improvement, and are home to many pollinator species.”