The UK’s tallest Giant Redwood has officially been named 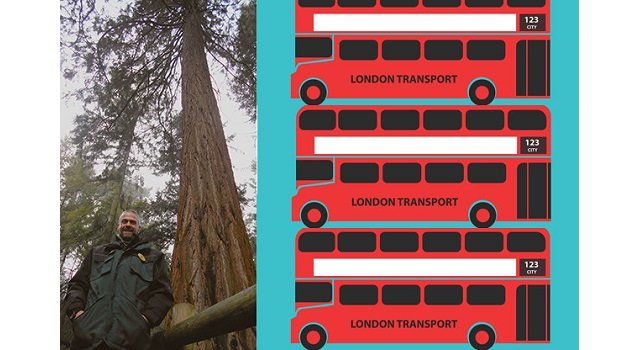 A 170-year-old tree has been officially named the UK’s tallest Giant Redwood tree.

Officially confirmed by the Tree Register of the British Isles after being spotted by a tree-loving guest at Center Parcs, Longleat, the Giant Redwood measures 58m. This is equivalent in height to 13 double decker buses, nine fully grown male giraffes and 30 average height Christmas trees.

The Longleat Forest site has 14 Giant Redwoods, also including the second tallest in the UK, at 57m. Introduced to the UK by William Lobb in 1853, only the rich could afford Giant Redwoods, making them an ornamental garden favourite for country estates like the Longleat Estate.

The towering tree species is Native to the Western Sierra Nevada Mountains, where Giant Redwoods can reach the colossal height of 80m. It was suspected that the Center Parcs tree could be the tallest of its species outside the United States, however it is outdone in height by a Giant Redwood in Switzerland measured at around 60m.

Each Center Parcs village has a dedicated team of Conservation Rangers that work all year round to ensure that everything from tiny dormice and muntjac deer, to bluebells and Longleat Forest’s unique Giant Redwoods, are thriving in their forest environment.

James Monk, Senior Conservation Ranger at Center Parcs Longleat Forest said: “The Giant Redwoods are one of the more fascinating species of tree on the village and a great example of the stunning nature at Center Parcs. I love talking to guests about the Giant Redwoods and informing them about the great biodiversity of the habitat. Our Giant Redwoods were planted in the 1850s, so at nearly 170 years old they are babies in comparison to those that can live up to 3000 years!”

Registrar Dr Owen Johnson, from the Tree Register of the British Isles said: “For trees to thrive and reach these kinds of heights, they require the perfect habitat. Center Parcs is serious about conservation and works hard to protect and enhance the natural forest, making the Giant Redwoods of Longleat Forest the perfect home for our native treecreepers and an array of other wildlife.”