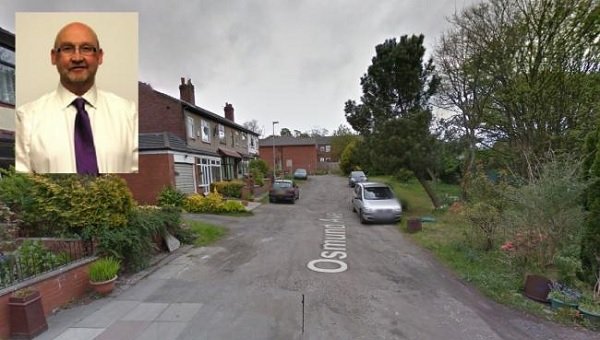 A row over a ‘group of trees’ which led to a UKIP election candidate being arrested and then released without charge has continued in the town hall.

Derek Fisher, who stood for the party in this year’s local elections, was taken away by police on April 29 after being accused of assaulting a woman while rowing about the future of the trees outside his house in Osmund Avenue, Breightmet.

Mr Fisher was later released without charge and his party is awaiting a response from the region’s police and crime commissioner about the nature and handling of his arrest.

However, the row about whether the so-called trees should be protected — and how they should actually be defined— has continued.

Mr Fisher wants to remove them from his land and create a new access to his scrap yard.

But following the alleged incident in April, Bolton Council put an emergency Tree Protection Order (TPO) in place, which lasts for six months.

The matter came up for discussion at last week’s planning committee meeting, with Labour’s Breightmet Cllr Debbie Newall stating: “The objector had bought some land and used to have access to that land from another landowner but because of a dispute with an owner he can’t get to a garden he owns

“He wants to take these trees down, but there is a public benefit for them to remain in place.

She added: “I think we should confirm this TPO and give residents back the quality of life they have lost by repeated actions by this individual.”

Tory Cllr Andy Morgan argued that a TPO was not appropriate because the so-called trees were actually a hedge.

He said: “Conifers have always been deemed not appropriate for saving so these trees aren’t worth protecting.”

Members voted to keep the emergency Tree Protection Order in place and will discuss a permanent order on another occasion.

Reacting, Mr Fisher, who came second for UKIP in the Tonge with the Haulgh election in May, said: “Naturally, I am disappointed that the matter has not been resolved at the planning meeting last week.”

He claimed that the council’s tree officer had in fact labelled the so-called trees as a hedge, meaning a TPO could not be enforced.

He added: “It seems that some committee members are reluctant to accept officer’s advice on this matter and have asked for the legal opinion to be reviewed.