UK trees under threat from lack of water 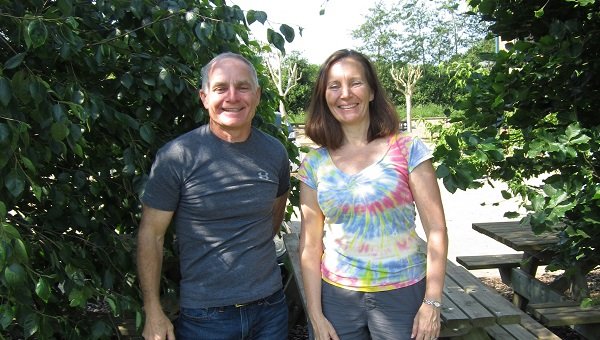 UK’s trees are under greatest threat from impervious surfaces, resulting in lack of water for trees, followed by a lack of biodiversity and invasive species, according to professor Mike Raupp, and associate professor Paula Shrewsbury.

Raupp commented that the main threats to urban trees are drought, impervious surfaces and global warming. “The systems between pollinator and predator are related”, he said. ” Warming can cause a shift in flowering time, and while the photoperiod, the period of daylight in every 24 hours, has not changed, the temperature has. Pollinators may emerge earlier than before, caterpillars appear earlier and can attack plants before the migratory birds, which once predated on them, arrive from their winter quarters.

We hear a great deal about tree pests and diseases nowadays, and it has been reported that they will have “a dramatic economic impact”. Wood-boring pests pose perhaps the biggest threat. For example the emerald ash borer has killed 100,000,000 trees in the USA since 2003, and the Asian longhorn beetle is another serious threat. Raupp commented that borers cause in excess of $3 billion worth of damages to trees annually in America. “Emerald ash borer is our biggest threat, and it is only a matter of time before it will arrive in the UK”.

Approximately a million insects have so far been named on Earth, with between two and eight million remaining unnamed. Sometimes insects only become pests when they are outside their aboriginal environment. For example, emerald ash borer is not a great pest in Asia, but trees in North America have no natural defence against it. Shrewsbury stressed the importance of strengthening the ‘top-down’ effect as we manipulate systems. To minimise the effects of attacks from pests, she believes it is important to plant diverse species, to create more greenspace and connectivity within it, and to reduce the impervious surfaces.

According to Raupp and Shrewsbury, there is little the UK can do to prevent further tree pests.  However, measures which could help include better detection rates at imported trees’ points of departure and arrival. Additionally, knowledge and training are also important, and one of the best methods of helping to protect our trees is via ‘citizen science’ and educating the public.