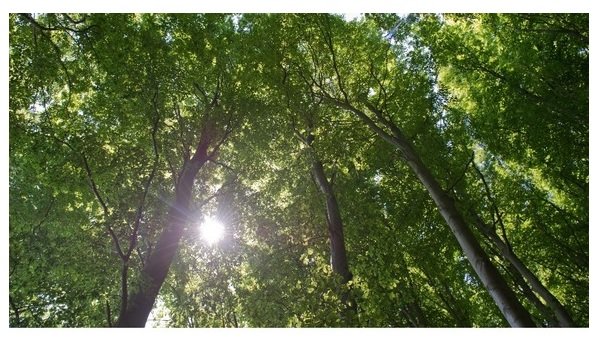 More than 200 million new trees should be planted in Britain according to researchers at the University of East Anglia (UEA).

A new report published today reveals that converting almost 7,000 km2 of land to forest could generate an income of £500 million annually. But careful consideration about exactly where to plant new trees will be vital.

The recommendations are made in one of four UEA reports that make up the UK National Ecosystem Assessment Follow On (UKNEAFO), which assesses how much nature is worth to the country’s economy.

Other parts of the report consider the regional impact of coastal erosion and flooding, how much UK wealth and employment is dependent on the natural environment, and how policy makers should take into account the environmental impact of their decisions.

“Creating new woodland areas would generate a variety of benefits. These include cleaning water before it goes into rivers, providing a habitat for birds and reducing CO2 in the atmosphere. Woodlands are also great places for recreation, and of course trees are a crop which provides timber for sale, giving farmers a source of income” Says Prof Ian Bateman, from UEA’s School of Environmental Sciences. “Choosing the best locations for planting new trees is very important for maximising their value. We developed a new computer programme which allows us to find the best place for new woodlands, taking into account the costs and benefits for each location.”

The new tool is programmed to select areas which will give the highest value to either farmers, wider society, or both.

Prof Bateman said: “Planting on prime agricultural land would result in a loss for farmers far greater than income generated from timber. But planting on some poor quality farm land, such as peat moorland, would cause a cost to society because it would dry the soil, leading to the release of CO2. We have taken all of this into account, along with ease of public access to new woodlands. For example woodland planted close to some major cities would be of high value because of the recreational benefits.

“Perfect positioning of new trees could create net benefits exceeding £500 million each year to society. But choosing the wrong areas, particularly when chosen to maximise market return rather than taking into account the value to society, could incur a net loss to the tax payer of up to £65 million.

“We need to make the best use of our land in Britain. So when the government is considering making changes to land use, such as under the Common Agricultural Policy (CAP), they need to be able to assess the full value of the land. The wrong choices could be detrimental to both the economy and the environment.”