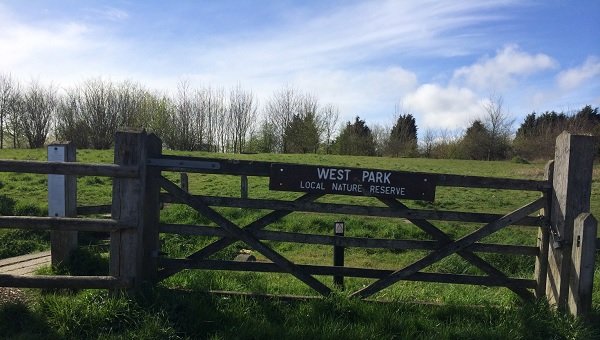 Trees and scrub alongside an attractive footpath appear to have been deliberately poisoned.

Local resident Mike Skinner from UckfieldFM contacted Wealden District Councillor for Uckfield Central, Claire Dowling in May saying he believed trees and other areas were dying.

The footpath runs from the junction of Hart Close and Batchelor Way to the West Park Nature Reserve and is used daily by many residents.

Mike said that about two years ago mature trees that were dying from a fungal infection were cut down. At the time a low-level herbicide was used but at the that time it did not appear to damage other areas.

Earlier this year a dozen new saplings were planted to replace the felled trees.

Mike said: “I was shocked to see that new trees and other areas of the footpath were dying. I was told by the council when I reported it that it was due to one of the gardens backing on to the path using some form of weed killer but I pointed out that it was much more than that. I contacted Cllr Claire Dowling and she has been really helpful with this and other issues we have with drainage on West Park.

“Cllr Dowling met me with representatives of Uckfield Town Council over the drainage issues and we again looked at the trees. It is very sad to see this especially as it is such a lovely area. We are hoping that some of the new trees can be saved.”

Cllr Dowling said she was angry and upset the saplings and two further trees appeared to have been targeted.